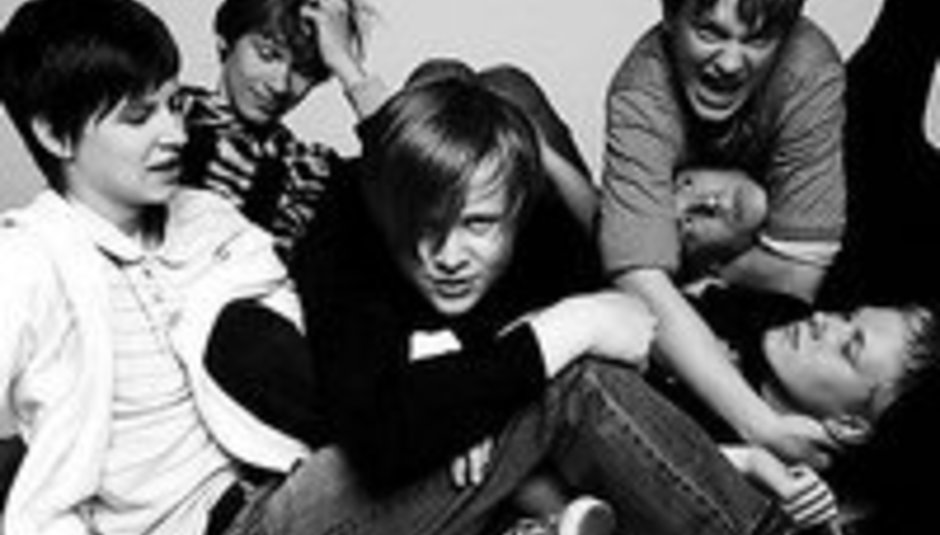 Well at least they're off the streets; pesky kids go on tour

Two bands who never fail to make me feel an unabashed failure at the tender age of sixteen are joining forces in London this Friday for an almighty show - Jakobinarina (pictured right), in from Iceland supporting their rather good Envelopes-slash-Art Brut-sounding single ‘His Lyrics Are Disastrous’, and Cajun Dance Party, Londoners who are probably promoting something. Not that that’s what Londoners do, oh no.

Joining the young’uns and probably buying them alcohol throughout the night will be the excellent Apartment, the splendid Absentee and Metronomy, purveyor of all things pretty. Unless George Galloway is found trapped in a glass box above the River Thames or found trapped in the River Thames, there really will be nothing rivalling this come Friday night.

All being organised by Young Turks and at the 333 Club, the night also boasts two other rooms of MCs and DJs – both of which I assume will be regretfully turning away the two bands of minors.

Jakobinarina will also be performing here...

Tickets are available for the Troubled Minds show from their official site here.