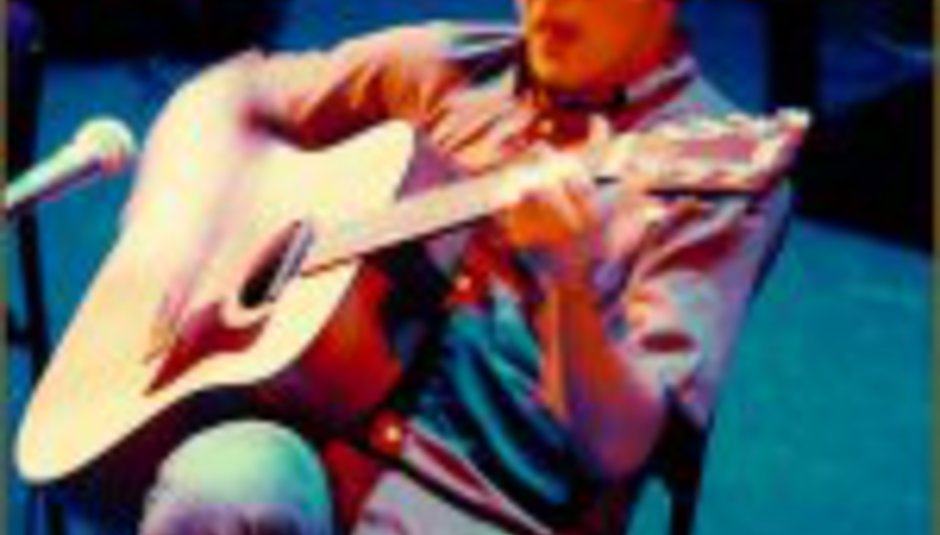 by Sean Adams April 22nd, 2004
DiS can exclusively reveal that the outta tune voice of a generation, hits the UK for two shows in June...

A few weeks back Saddle Creek US posted that Mister Oberst will be playing two nights at the Scala and a show at Glastonbury (or 'berry, as they would say), but DiS can now confirm that those pesky kids in Omaha jumped the gun.

Whilst over here for European Festivals (and DiS is lead to believe this includes Glastonbury, where he was meant to perform last year, but that ginger bint who left Sugababes played instead), Bright Eyes will return to the UK with a line-up comprised of friends both old and new to play the following shows...

Modest Mouse will support at both of these shows. Tickets go on sale Today (Thursday April 22nd) and are priced £14 for London and £12.50 for Manchester, available online from GigsAndTours.com and WayAhead.com.

There's no official news yet as to when Bright Eyes will release the follow-up to 2002’s critically acclaimed and shortlist prize nominated long-player ‘Lifted: Keep Your Ear to the Ground, the Story is in the Soil’ (Saddle Creek/Wichita) but if you believe what you read the web, Desaparecidos dates were cancelled in America early this year so Conor could begin work on the record.

DiScuss: Are you sick of Conor Oberst? Did you goto the last Shepherds Bush show where 60% of the crowd were talking and 20% of them were drowning out the set with shhhhing? Anyone fancy starting a campaign to get people ejected from gigs who talk? Were you one of the folks who joined in the heckling of that Sugababes girl at glasto last year?