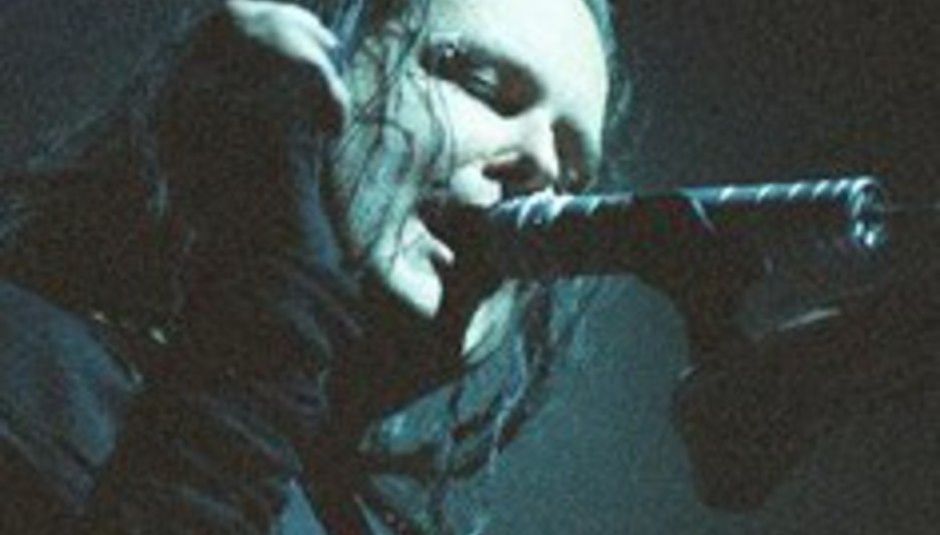 Sony-Signed Korn Sock it to the Majors

by Mike Diver March 25th, 2004
"The most inspirational, the most spectacular understanding of what's going on in this country right now." The words of US radio goofball Howard Stern, describing Korn's new video/single, 'Y'all Want A Single'.

Stern's show was recently axed from the airwaves by owners Clear Channel over indeceny concerns. Since then, the star of the film Private Parts (not seen it? Don't bother) has become a campaigner for free speech, and has hailed Korn's new single as a call-to-arms for the movement.

'Y'all Want A Single' is an attack on radio conglomerates and the entire music industry according to vocalist Jonathan Davis (pictured). Guess he's run out of raps about his mum. The video features fans trashing a record store, whilst slogans including "One corporation owns the 5 major video channels in the U.S." and "98% of the bands signed to a major don't make a profit" appear on screen.

"The stuff we said in the video (is the stuff) the music industry doesn't want kids to know about," says Davis. Signed to MASSIVE MAJOR LABEL Sony, Korn apparently struggled to get the video made at all. "They let it go under artistic freedom," said the singer, feeling the leash around his freakish neck tighten that little bit more.

A remix of the single, featuring Stern himself, is available at Korn.com.