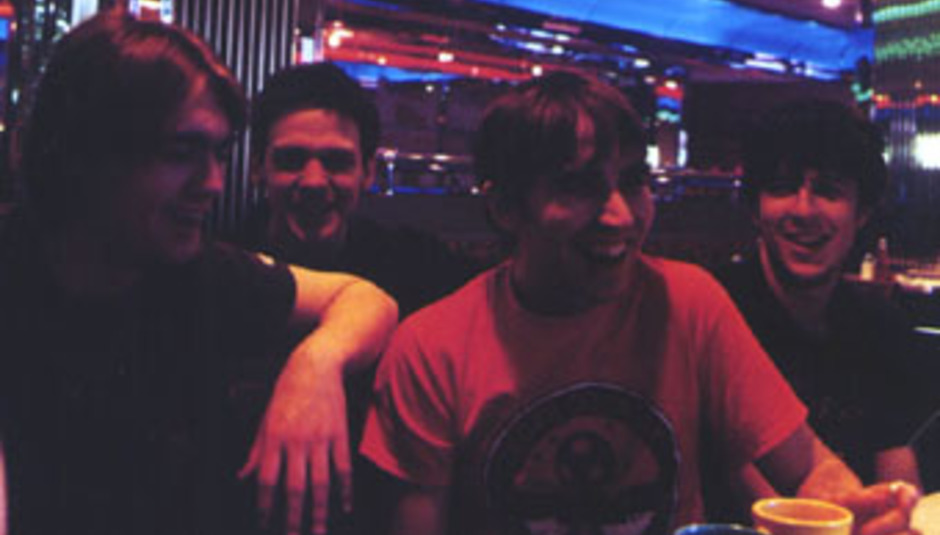 by Andrew Farley February 18th, 2004
Scottish Indie Popsters Astrid are back with a new album and support Snow Patrol on their tour in March.

Astrid (No - not the singer-songwriter who's doing the rounds under the same name) have been all-too-quiet of late since releasing 2001's well received 'Play Dead' LP. The band have played a couple of low key Glasgow shows over the past year and also contributed to the Reindeer Section's releases previously, but it has taken some time for them to come up with their third album, 'One In Four'. The album has no UK release date as yet, but will be released through Muzak Records in Japan and Mushroom Pillow in Spain on February 25th (Wednesday).

The tracklisting for the LP is:

1.Untitled 2
2.Something In My Way
3.Economy Class
4.Trinity
5.Seahorse Perfect
6.To Tell You The Truth
7.Sink Down
8.Written Apology
9.Suitable For Frequent Use
10.Some Day,Different Number

The band and their buddies Snow Patrol play the following dates:


Astrid are no longer with UK label Fantastic Plastic and are believed to be searching for a new deal.