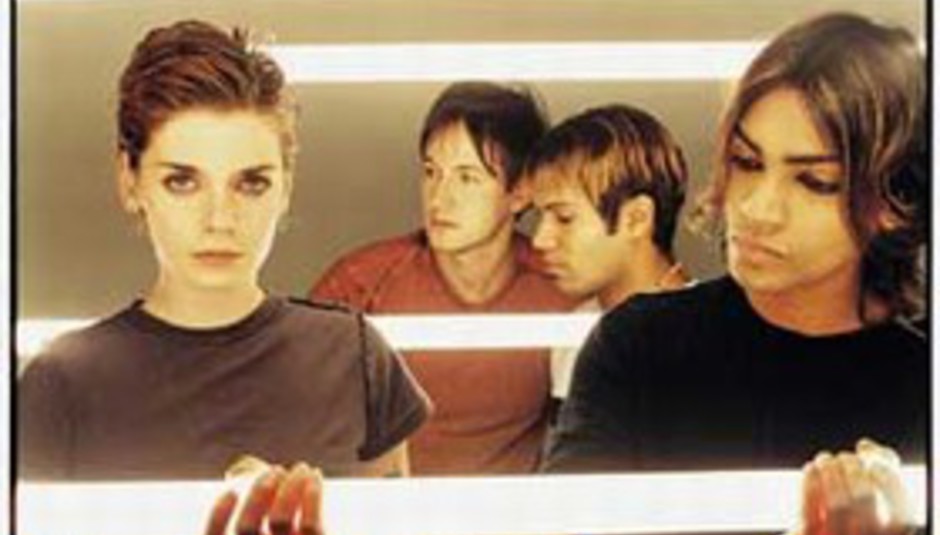 My Vitriol: Return in '04 (Still Signed to East West!)

Once upon a time My Vitriol were playing new band nights alongside Muse and Coldplay, got signed, did lots of big support slots, were all over Mtv and had a vibrant fanbase. Then they went away to work on their second album (whilst fobbing us off with a remixed version of the album in 2002). And now they're on the way back having finished writing the follow up to 2001's 'Finelines', and are currently recording the album which is due for release in 2004. It is being produced by Colin Richardson (Fear Factory, Napalm Death, InMe, Cyclefly, One Minute Silence...) and My Vit' singer Som Wardner.

The album is said to have the jokey working title '17 Songs in the key of D Minor'.

Reports suggest the tracks sound "awesome and beautiful". There will be a preview of the album, available next year on the My Vitriol website. We can now confirm that My Vitriol are signed to East West (who bought Infectious) for the world, except America.

Also check out our audio pages for their cover of 'Bottle Up and Explode' as a tribute to Elliott Smith here.

DiScuss: Do you know if the band are still signed? Have you heard any of the tracks? Heard any other My Vit' goss?