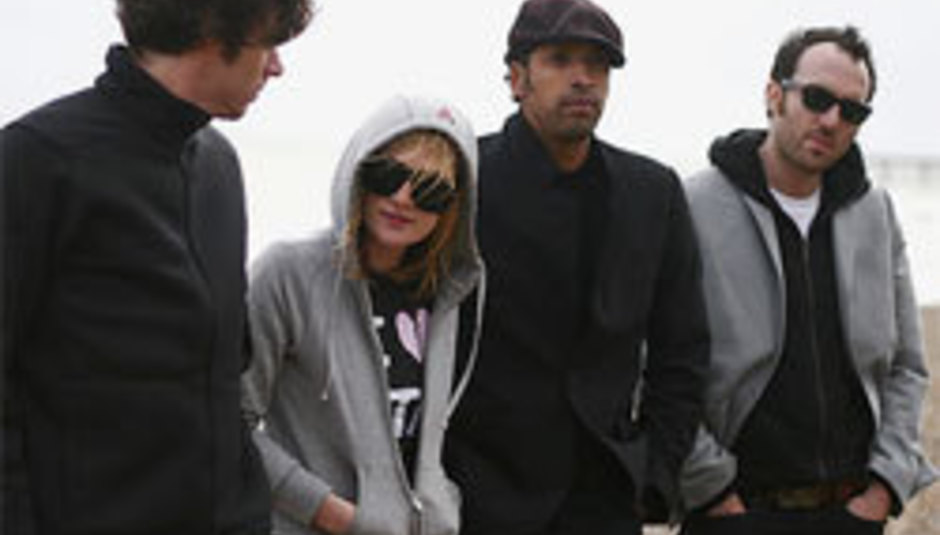 Here at DiS towers our escapades as a record label have seen us do all sorts of things but getting one of our bands onto the main stage in Hyde Park is a big first for us...

We're proud to announce that our latest offering from Drowned in Sound Recordings, the Canadian synth'd rock sensation Metric will join the main stage bill at this years Wireless Festival. They play the Massive Attack and Flaming Lips/Goldfrapp and Pharell bill in both London (June 23rd) and Leeds (24th). Tickets and more info at www.wirelessfestival.co.uk

Last week saw the release of limited edition single 'Poster of a Girl' (on 7" and Download). The single comes from the album 'Live It Out' which is released in the UK on July 10th. Last night, Metric played a secret show at influential indie club White Heat at Madame JoJos which ended up with a 100m queue going around the corner and up Wardour Street.

DiScuss: Did anyone catch them at the Great Escape or on any of their other UK dates? Is Massive Attack day the best day at Wireless? Does anyone have any live shots of their UK shows? Anyone see Emily & Jimmy join Broken Social Scene at Koko on Monday?