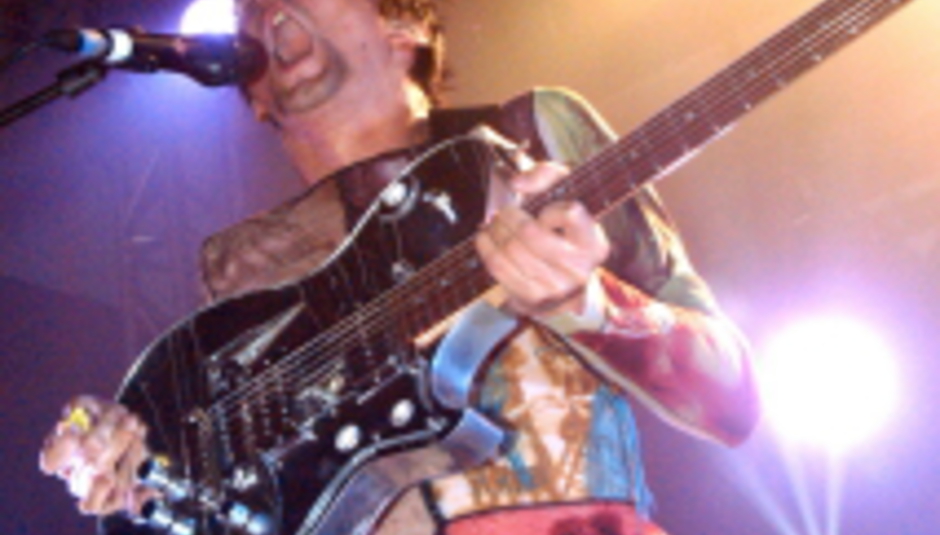 are to join David Bowie at next year's T in the Park Festival at Balado, near Kinross in Scotland. The trio confirmed it during their gig at London's Wembley Arena last Thursday. The festival takes place on July 10th and 11th and weekend tickets are onsale as of Monday 1 December, priced £70 from Ticketmaster (0870 169 0100) or online at VirtualFestivals.

Having announced he's to headline the Isle of Wight Festival (June 11-13th) and the 11th annual T In The Park, it's also rumoured that Bowie will headline both legs of the popular V Festival, traditionally held the weekend before the bank holiday Reading/Leeds affair.

Bowie's recent festival performances include the monumental Glastonbury performance back in 2000 and his fondly remembered show launching MOVE in the summer of 2002. He is the first big name to be confirmed for next year's events.

Muse release 'Hysteria', from their number one album Absolution on 1 December, playing some more arena dates across Birmingham, Brighton, Bournemouth and Exeter over the next week. You can get odds of 1500-1 of it being Christmas number one.