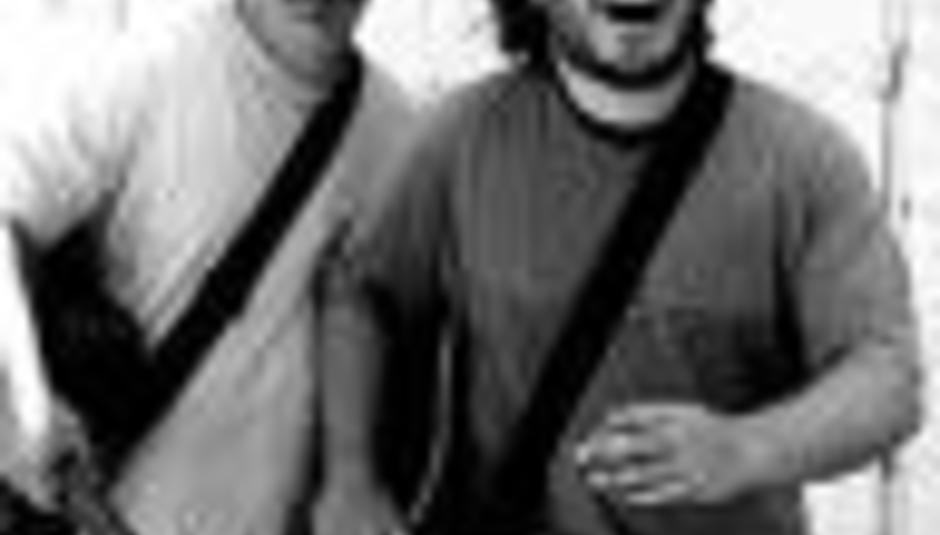 by Mike Diver November 4th, 2003
And today's 'and finally' news item is... Tenacious D plan to ape David Blaine by confining themselves to a glass box suspended over Time Square and going without food for 45 days.

Of course, the idea of two absurdly fat men in a big glass box is fantastic, but the duo only plan to remain in said enclosure until their new album, 'The Complete Masterworks', goes double-platinum.

The one who isn't Jack Black (Kyle Gass, apparently) said: "It's gonna test our will, but I feel confident we're gonna make it." He added that he had once gone eight hours between meals, and that one time he spent 12 hours asleep, during which time he couldn't eat either.

So, the plan: DON'T buy any of Tenacious D's records. EVER. Not only will we get to gaze at two tubby men in a big glass box for our own sick enjoyment, but you, personally, will feel a lot better about yourself.

Sadly the whole thing is just a stupid 'joke', but wouldn't it be great to see them up there? Then again, the price of steak would rise considerably what with the fall in demand.