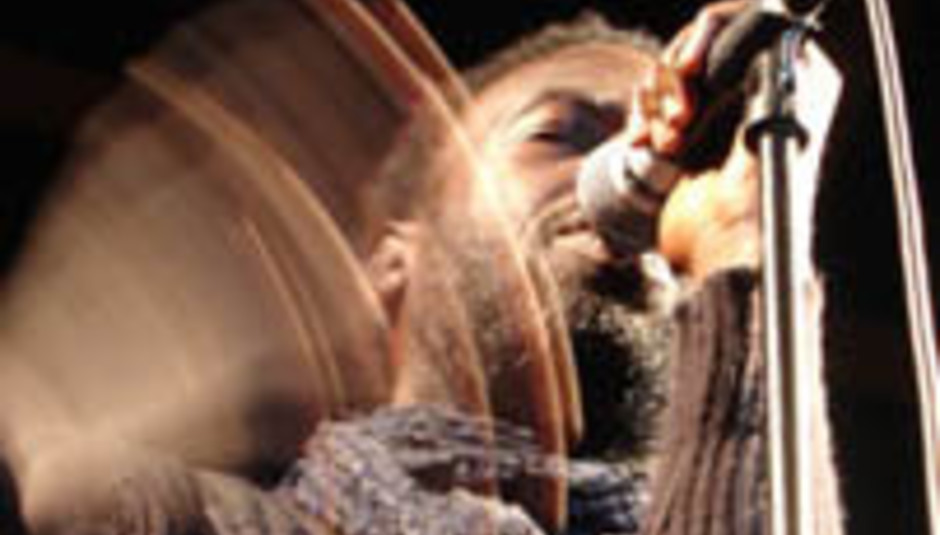 The pair bonded last year, when Williams appeared as support during part of NIN's world tour. Williams (pictured) spoke to MTV about the partnership:

The as-yet-untiled album is due for release in 2007, with track ideas coming together slowly around touring commitments. The pair are currently working in Reznor's Los Angeles studio.

"I can't say that I listened to Nine Inch Nails, because I was such the hip-hop boy. I could have grown up on Nine Inch Nails, it was around, but I was too narrow-minded. But [the collaborative material] doesn't sound like Nine Inch Nails, and it's unique. Both of us tend to go very hard, and together we've created something that sounds more beautiful than hard. It's a middle finger up to the idea of genre, yet a beautiful, long, loving embrace to the idea of song structure and quality."

Fans eager for a little Saul Williams action should check out the forthcoming Coachella DVD, due in June, which features a performance from the rapper/actor. In a neat bit of editing, he's made to 'argue' with Noel Gallagher about the power of music, which is something that's fairly unlikely to ever really happen. Y'know, in person. Yeah.