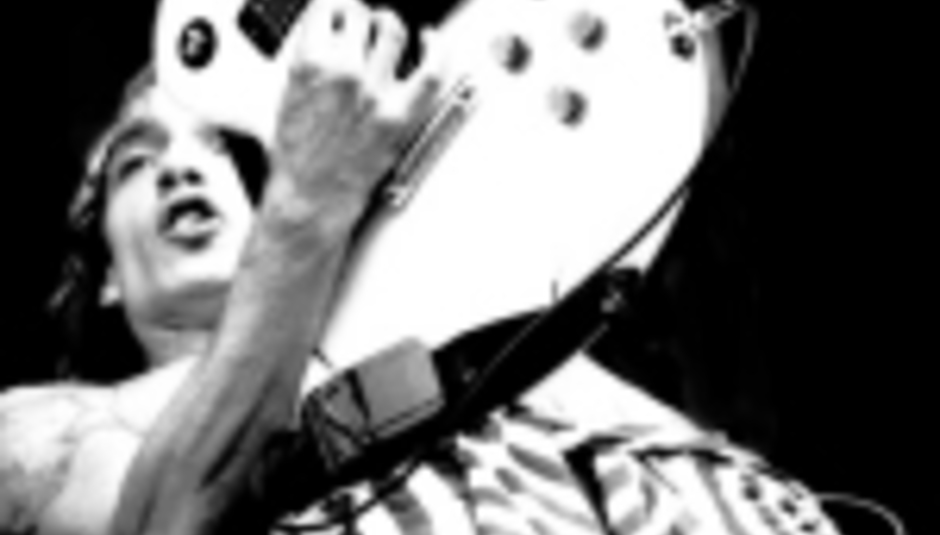 The Darkness: Laryngitis On The Rocks (Gigs Cancelled)

by Sean Adams October 20th, 2003
Kings of this years festivals, airwaves, charts and music tv, have been forced to cancel shows.

Catsuitman Justin Hawkins has got an inflamed vocal chord and infected voicebox, suspected to be because of a form of laryngitis and thus, some gigs have been understandably cancelled.

The cancelled shows are tonight in Folkestone and tomorrow (Tuesday) in Portsmouth. They also cancelled their Liverpool show on Saturday at the last minute due to Justin losing his voice and was referred to the Ear, Nose and Throat specialist at the Liverpool Royal Infirmary.

Justin has posted on The Darkness' official web site (thedarknessrock.com) about Liverpool saying:

"I would like to offer my sincerest apologies for what happened last night - it's the first time we've ever had to pull a show and nobody could be more disappointed than me."

The Liverpool gig is being re-scheduled to Thursday 11th December 2003. Original tickets (which will not be valid for the new show) should be returned to the original point of purchase for refund or reissue. Exchanges or refunds can only be accepted until Monday 1 December. The Folkestone and Portsmouth dates will be rescheduled and original ticket holders will be offered a reissue or refund. And if you got a fake ticket, your ticket won't work anyway.

Disapointed fans might like to note that they're more likely to hear the Xmas single ('Don't Let the Bells End') performed live at the rescheduled dates, thats something to look forward to.

In other brighter news, The Darkness have been confirmed to play the Mtv Europe Video Music Awards in Edinburgh, alongside The White Stripes, Beyoncé, Dido, Kylie Minogue, Pink, Sean Paul, The Chemical Brothers, The Flaming Lips and Travis.

DiScuss: Which is your favourite stage-suit of Justins? Leave your get well soon (and "omigod, justin is so buff. LOL"-type) messages below...