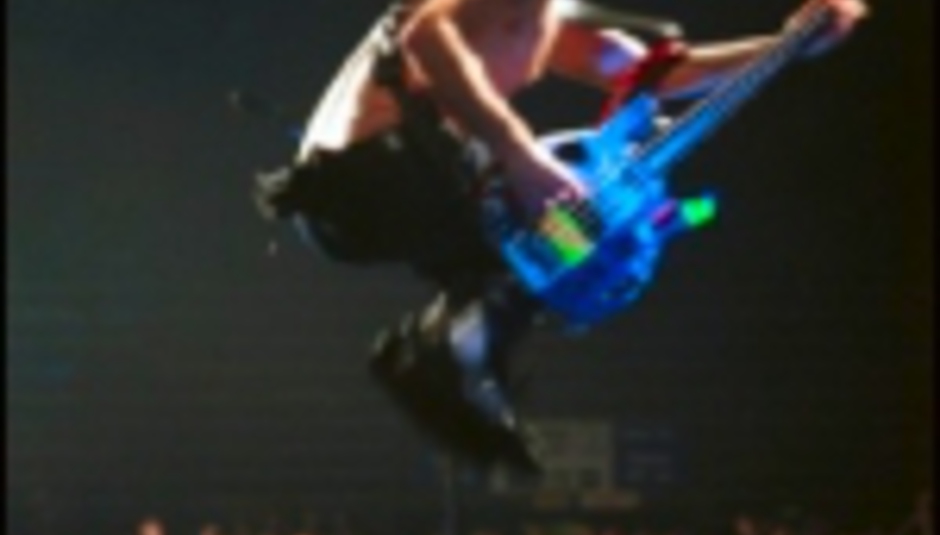 by Mike Diver October 1st, 2003
Those funky-ballady-rocksters are taking the the fully loaded corporate cock and putting out a Greatest Hits collection and not one, but two DVDs, in time for Xmas.

The Red Hot Chili Peppers 'Grestest Hits' will feature two new tracks, 'Fortune Faded' and 'History', recorded during the bands recent tour, which makes it worth buying, instead of burning yourself your own best of from your cds you already own.

And if that wasn't enough to fill your stocking, a special CD/DVD edition will also be released containing 15 videos including two rarely seen, 'Road Trippin' and 'Universally Speaking'.

Plus there's an interview with the band and behind the scenes footage of the Peppers on their 2000 Californication tour.

And, and, and, if that wasn't enough for your topless californian men fix, the band also release a DVD of their Slane Castle concert from last August, imaginatively titled 'Red Hot Chili Peppers: Live At Slane' to coincide with the hits CD release on November 17.

The Greatest Hits album includes: 'Higher Ground', 'Give It Away', 'Under The Bridge', 'Breaking The Girl', 'Suck My Kiss', 'My Friends', 'Scar Tissue', 'Otherside', 'Parallel Universe', 'Californication', 'Road Trippin', 'By The Way', 'Universally Speaking' and 'Soul To Squeeze' (from the 1993 soundtrack to Coneheads).