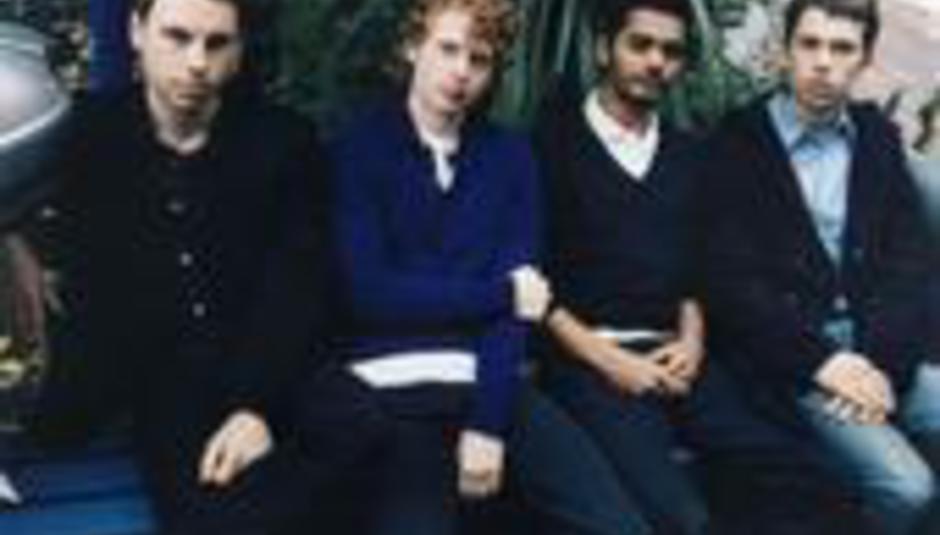 DiS does the Barfly Tonight! Crunk-o-rama!

We're back at the Barfly this Friday, with a corker of a line-up to sink your teeth into! Not to mention Bat for Lashes and more the week after...

Aye, it feels like ages since we filled the Barfly with AC/DC songs at 2.30am and two cracking live bands, so let's get going with another!

Battle
Four lads from around the perimeter of London. We've a history with Battle, having them support grimester Kano on a bill with iLiKETRAiNS, back at the start of 2005. The band have just finished their debut album and celebrate with this very special club show. Expect cutting guitars, infectious hooks and massive choruses.

Napoleon IIIrd
DiS staffer John Brainlove turned us on to this one-man pop wunderkind. Effortlessly blending electronics and melody to create a special breed of singer/songwriter. His track 'The Conformist Takes It All' featured on the recent dance_to_the_radio compilation and consequently got mad love on the Drowned in Sound Radio podcast.

Also coming over the horizon...

the wonderous...
BAT FOR LASHES
myspace.com/batforlashes As her warm-up for Devendra Banharts ATP. Debut single 'The Wizard' out 7th May on Drowned in Sound Digital Singles Club.

the wonderful...
KID HARPOON
myspace.com/kidharpoon Who has Fearne Cotton in the video for his debut single?!

the new kid on the block...
FINDLAY BROWN
myspace.com/findlaybrown Who made a friend of mine's heart stop.

PLUS DJ sets from
Emmy The Great
Drowned in Sound
and more TBC!

...and an extra wee plug for something even further into the future than what's above...