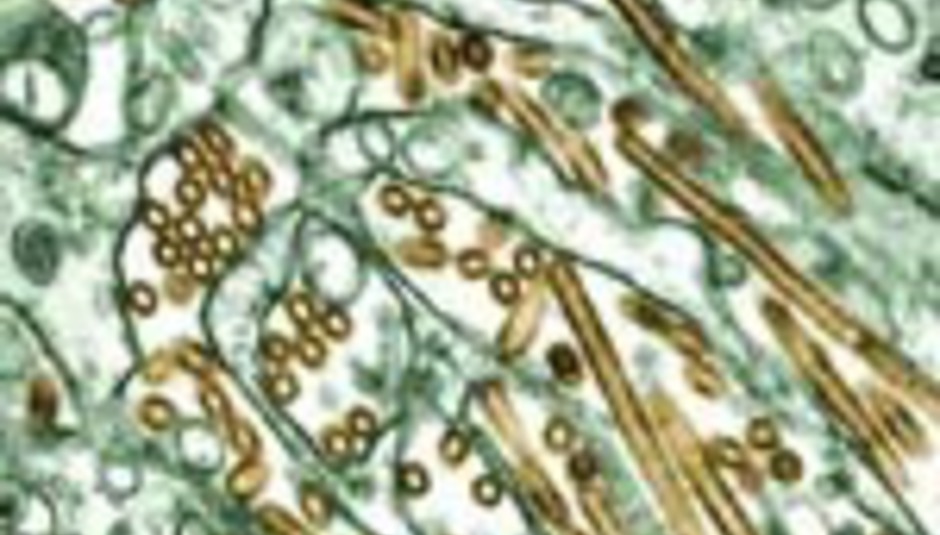 The brains behind Scotland's T In The Park festival have countered press claims that the event will be cancelled because of the discovery of bird flu (pictured) not so far from the festival site.

The site, at Balado, is near a chicken farm, which in turn is only 35 miles from where an infected swan was found last week. A spokesman for the festival told The Daily Record:

"As avian influenza is a disease of birds and not humans, we can confirm that there is no threat of T In The Park being cancelled or moved. Any safety measures being put in place by the Scottish Executive related to avian influenza are designed to limit movement of birds and not people in accordance with the EC agreed measures. However, we are closely monitoring the situation."