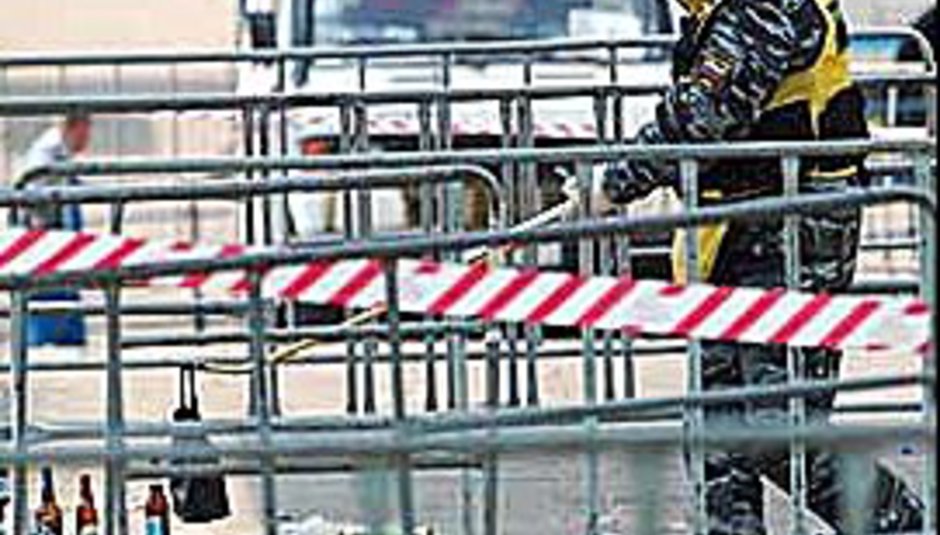 by Ollie Appleby July 5th, 2003
Two female suicide bombers have blown themselves up at a rock festival just outside Moscow, killing at least 16 people and injuring more than 40.

The BBC have reported that earlier today at the Krylya festival on Tushino Airfield (Krylya means Wings in Russian) A woman detonated belt packed with explosives, screws and nails near an admissions booth when police tried to stop her entering, althought the bomb belt failed to explode properly she was killed outright along with one other person with many others injured.

Fifteen minutes later there was a second, more powerful explosion as another female bomber blew herself up just metres from the main entrance in the middle of people who were being evacuated after the first blast.

Russian Interior Minister Boris Gryzlov blamed the attacks on Islamic Chechen separatists, saying a Chechen passport had been found on one of the bombers. But a Chechen spokesman, Salambek Maigov, told a Russian radio station that the leadership of his homeland was not involved.

The festival is a popular summer event for young music fans in Moscow, it had a crowd of about 40,000 people at the time of the bombings. The deathtoll has yet to be confirmed and could rise over the next few days due to the serious injuries inflicted.