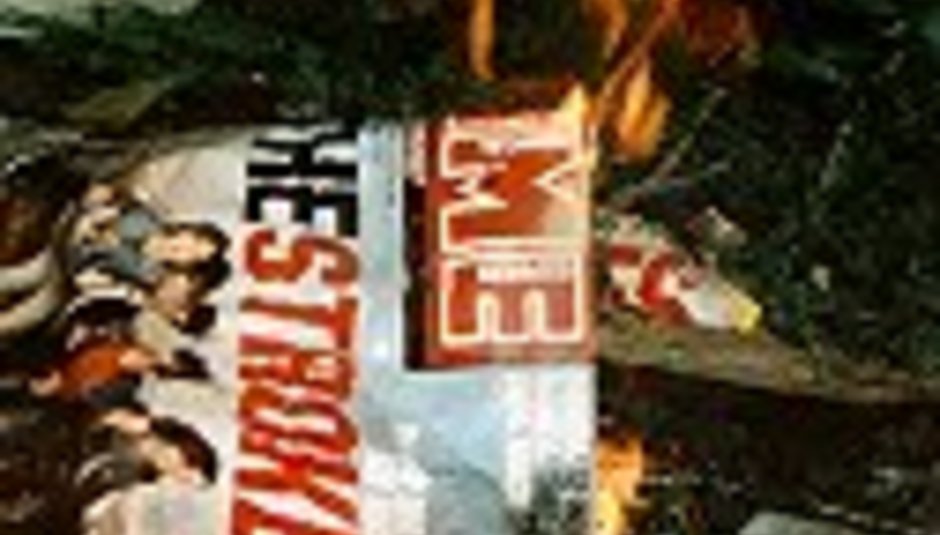 Goodnight Jim Alexander? Fans get angry at NME review (for a change)

In all the fun and games in the land of ‘music journalism’, bands and their fans more often than not don’t take well to bad reviews – none more so than a bunch of Jim Bob fans who call themselves ‘The Jim Bob Touchy Feely Collective’.

Upon reading an NME review last week for Jim's new album ‘Goodnight Jim Bob’ his fans were up in arms. “Jim Alexander had not only given the album 3/10 but it seemed he had reviewed a Carter USM [his old band, kids – ed.] album instead, as his review bore no relation to said album,” was their excuse for what came.

The Collective rang the NME and, posing as a friend of Mr Alexander called ‘Barry’, were given his mobile number by the receptionist. The Collective then went to work on printing 300 leaflets with just the following words: "Jim Alexander gave Jim's new album 3/10 this week. Here is his mobile number..." These were handed out at the London Borderline gig last Friday.

“We have since managed to find out that not only has Mr Alexander been asked for a range of pizzas and mini cabs but his review style has been called into question on many numerous occasions,” snigger The Collective. A victory for the fans or stupid, mindless harassment? DiScuss. Hello to any NME journos reading, by the way.

The London date of the tour was the last of 10 in what was a celebration of Jim's 20 year career in music, and featured songs from his many different guises and bands over the years. Other, er, highlights on the tour:

* Bob Fairfoul - ex Idlewild bassist now of Degrassi was booked as support by the promoter of Edinburgh Bannermans… as he was called Bob. He planned to have a whole night of “Jims and Bobs”. Sadly, not only had Bob never played acoustic by himself before it seemed he had never also sung. “The man’s hands were shaking with nerves in-between the songs as he wailed through a range of cover versions,” our Collective spokesman says. “At the end of his set he asked if the punters wanted another song or a joke. 'A Joke' was the unanimous response.”

* At The Collective Venue at The Wigan Tavern, Jim made some derisory remarks about the only thing he know about Wigan; namely The Verve and Starsailor. Sadly for him, the singer of the support band, Carolyn from The Atomic Hound Dog, was the sister of James Walsh from Starsailor. Carolyn was most upset and Jim had to spend the rest of the night apologising.

* Your humble scribe was most happy with the Busted cover version played at the London gig.

The album ‘Goodnight Jim Bob’ was released yesterday on The Ten Forty Sound/Who’s The Daddy Now via Shellshock distribution.