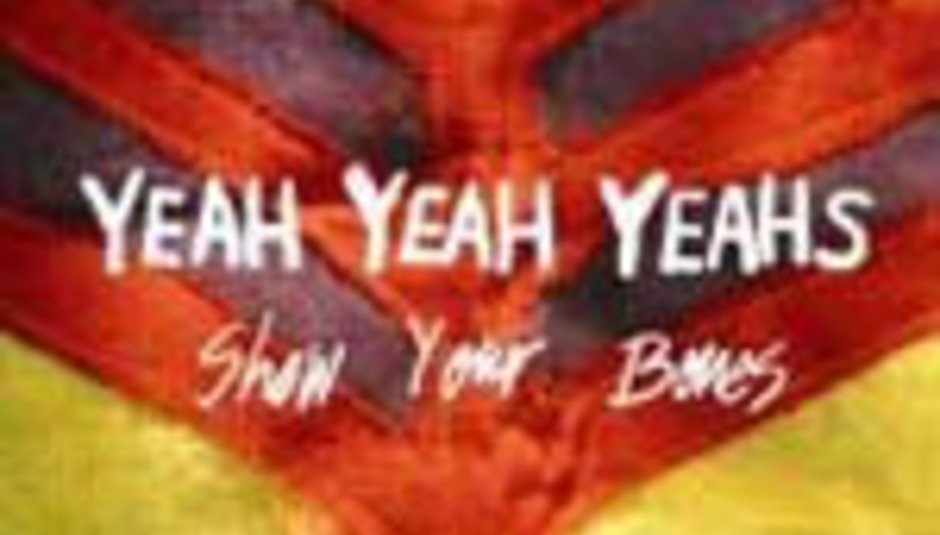 This week, myself and the David Niven-like rock warrior, Michael K. Diver took a trip to darkest West London, or at least High Street Kensington, to listen to the new Yeah Yeah Yeahs LP, Show Your Bones.

As we supped warm lager and munched some form of high-quality crisp, we jotted some incisive commentary onto a piece of white A4 paper, which shall now be replicated here to whet your appetite for the record.

Show Your Bones in Grades
Rather than spoil a proper review with notes about each track, we've opted for an academia-style grading system. How mature.

Show Your Bones in Quotes
As the playback progressed, we took a series of quotes from each other and compiled the following as something of a textual representation of the record's flow. Some bits are just stupid though, really.

Michael Diver: "I like the drums on this."
MD: "It's all so safe so far"
Colin Roberts: "I want a cigarette"
CR: "Bits of this track sound like Q and not U"
MD: "No they fucking don't"
CR: "It's just becoming background noise"
CR: "This sounds like lots of other, not very good, bands"
MD: "Yeah. They have singing and everything"
CR: "It's kinda mutating into something interesting now. Finally!"
MD: "I'm digging these slower songs. They are nice and furry"
CR: "It appears they've found a soul beyond the rock n' roll"
MD: "Whatever dude, they've just turned their amps down"
MD: "This seems unbalanced. The LP is top-heavy with rock. Badly sequenced"
CR: "It appears to have gone rather bland again"
CR: "...and now it sounds like The Flaming Lips!"
MD: "IT WISHES!"
MD: "This would have been better if they'd just stopped fucking around"
CR: "The acoustic guitar ends up sounding predictable and boring"
MD: "The placement of the bonus track SUCKS"
MD: "I might just venture that the stroppy bonus track is the most immediately satisfying track on the record"
CR: "Well ventured, sir. I like this song, I'd DJ with it"
MD: "Wow. We suck"