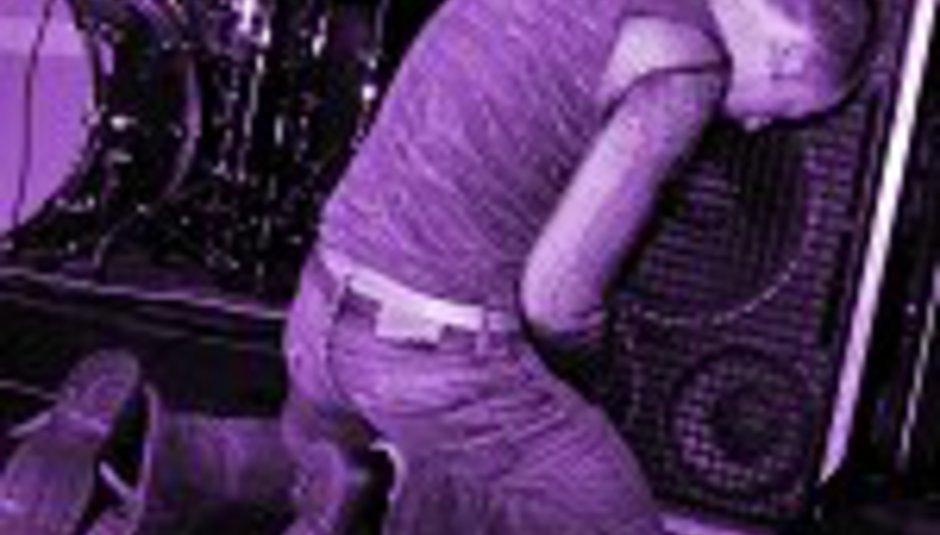 by Sean Adams May 17th, 2003
Biffy, Oceansize, Kinesis, Reuben.. Can you handle any more rock? You better be ready... The next Drowned in Sound jaunt around the UK is coming atcha!

We're very pleased to announce SPAN, them GnR-munching-Ramones Norwegians as seen on the DiS tour with Biffy Clyro earlier this year, headline our tour in June.

Main support for the bulk of the dates comes from Welsh Trail-of-Dead-beating-up-Les-Savy-Fav-disco-artpunkers Jarcrew who recently signed to Gut records.

We're just a wee bit excited about this.


More TO BE CONFIRMED 17th-22nd, to be announced next week!

Oh and the image above is of the crazy Span singer man, drowning in his speaker, at our Underworld launch night on 03/03/03. See more of Ian Miller's pictures @ rocktography.co.uk/disunderworld.

DiScuss: Who should do the next DiS tour? [we do promise they'll be a lot more diverse from now on.] Are SPAN the greatest live band in the world right now? Wanna arrange to meet up with fellow readers? Get talkin'...