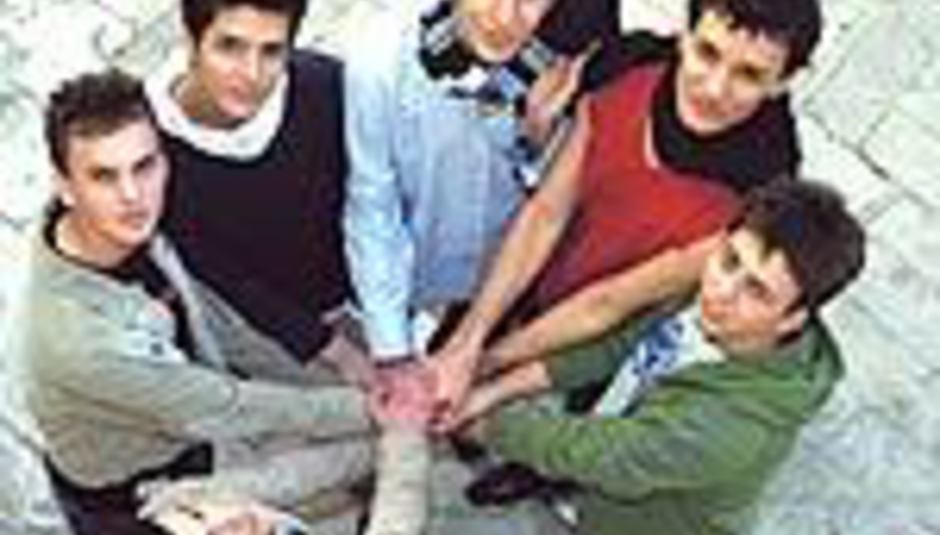 Already fragile relations between Montenegrins and Serbs in the federation of Serbia and Montenegro have been dealt a blow by the Eurovision Song Contest, of all things, reports the BBC.

An argument has flared up following a televised competition on Saturday night to select the group to represent Serbia and Montenegro in this year's Eurovision finals. A Montenegro-based boy band called No Name (pictured) won the judges' vote, but the audience at Belgrade's Sava Centre concert hall felt entirely differently, booing the decision.

They promptly cheered, though, when Serbian act (and runners up) Flamingoes took to the stage, after No Name's attempts to perform again following their victory were overwhelmed by the (primarily Serbian) crowd's hostility.

Montenegrin judges have since been accused of voting tactically to ensure No Name emerged as winners - a Flamingoes member later told national television that he was convinced ulterior motives were at play. The victorious boy band had to be escorted from the venue by security.

Even the Serbian prime minister, Zoran Zivkovic, became involved, stating that the incident had caused "much more excitement... than the death of Slobodan Milosevic". The contest is now being seen as a scandal in Montenegro, which is to hold a referendum in May - the day after Eurovision no less - to decide if it wants full independence from Serbia.

Domestic newspapers are reporting that the Eurovision controversy illustrates that Montenegro's relationship with Serbia can not last, seeing as they can not agree on politics, economics or music.