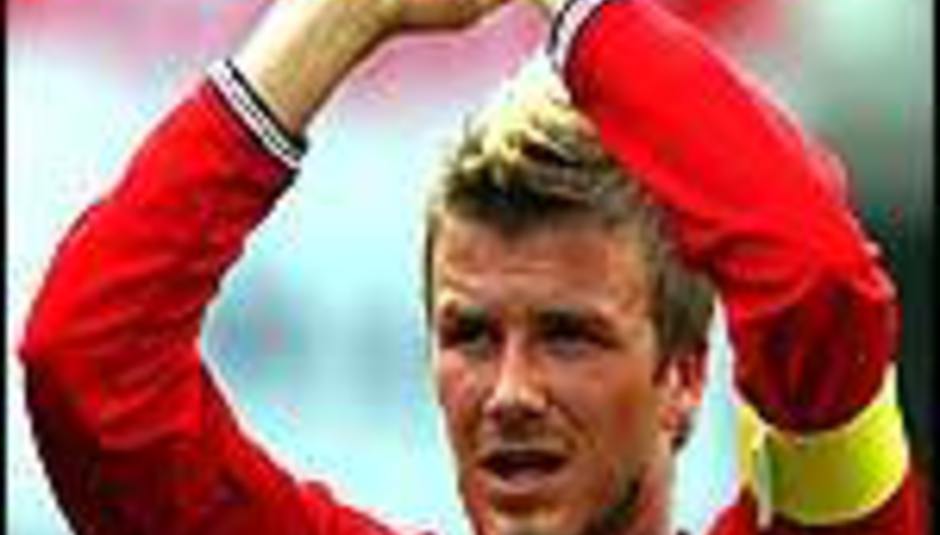 Despite rumours all over the press last weekend to the contrary, the Kaiser Chiefs have said they've no plans to record a song to accompany the England football team's bid for World Cup success this summer.

The band's name appeared in a few papers over the weekend beside Arctic Monkeys and Kasabian, but a statement from the five-piece has said that they're concentrating on recording a second album, and won't be doing a New Order:

“We're flattered about these rumours regarding the England football team's World Cup song, but there's no truth in them, they are just rumours.

”The only writing we'll be doing in the next few months will be for our next album. We have no plans to write the England football team's World Cup song. Sorry to dispel the myth.”

England captain David Beckham was unavailable for comment, but since he's prettier than Ricky Wilson, here's a picture of his FACE.

DiScuss: Remember that awful Ocean Colour Scene/Spice Girls effort from two World Cups ago? Crap weren't it? Who would you like to see do such a song? Chas and Dave? Raz and Dave?