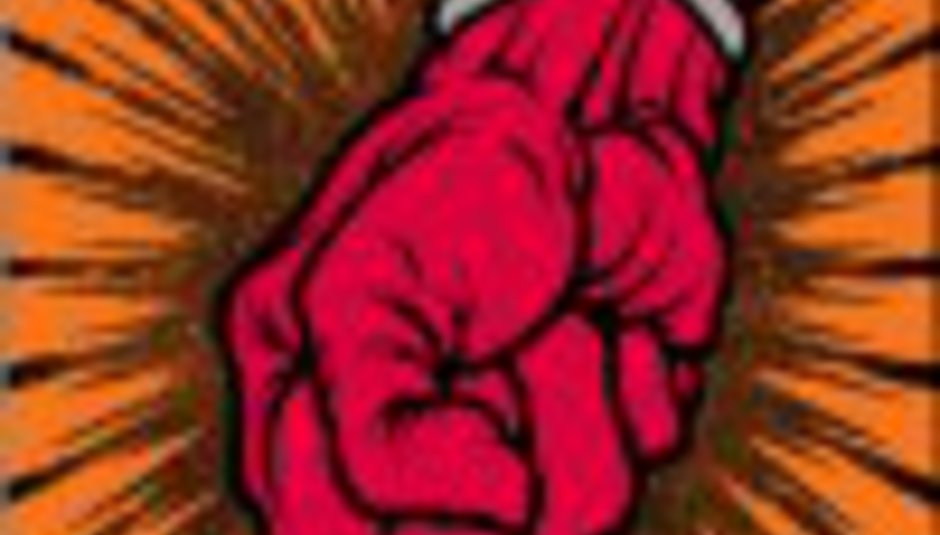 According to famously anti-Napster drummer Lars Ulrich it's set to be "heavy and aggressive, more fucked up". And we have the album artwork and tracklisting for your perusal.

The tracklist is as follows:

For a larger view of the artwork, click here. The album will be released as a ltd edition version with four artwork colours to choose from in total - well, they've gotta recoup their losses after losing so much money through music piracy, eh? To see the rest of the artwork, check metallica.com.

'St Anger' will be accompanied by a dvd showing the band rehearsing the album tracks in San Francisco - according to the band, however, the album will retail at a standard price.