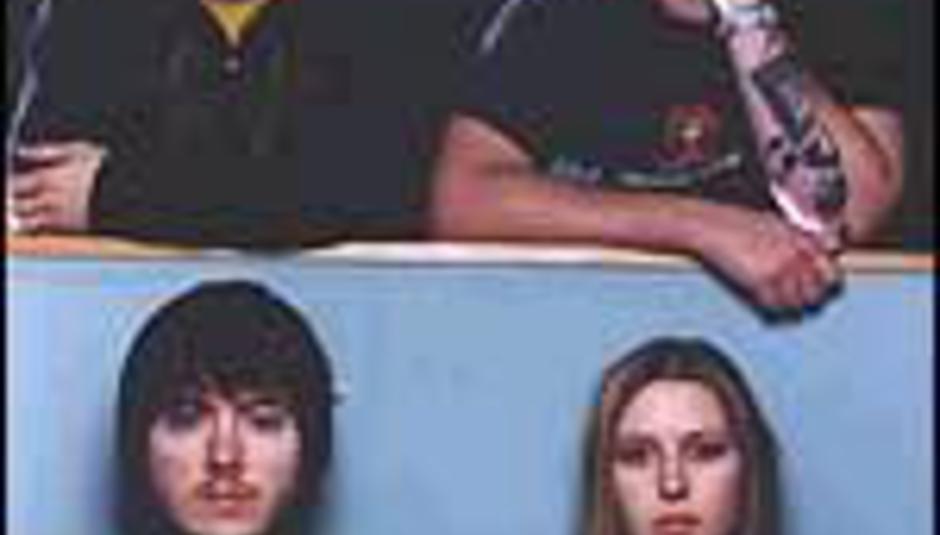 Yeah, it's a fine line between what's news and what's, well, straight-up advertising, but in this case we're reckoning the former...

Ex-Million Dead bassist Julia Ruzicka and guitarist Tom Fowler (pictured, bottom row) have got together with former Cars As Weapons drummer Rich Harwood to form a brand new band. Sounds good on paper (paper? On screen...), but there's a hitch: the band need a vocalist.

Which is where DiS comes in. Now, we know of many a band that's got together through our message boards, but in this instance we think it's worth our while giving you this information on a spoon. Ruzicka has told us that the band's heavier than Million Dead, with influences like Black Flag and the Jesus Lizard.

The band are playing - as a three-piece - at the Curzon Cinema, Soho, on February 24th at 11pm, soundtracking footage from The Texas Chainsaw Massacre before delivering a brace of original tracks. So, if you're a vocalist without a band, get down there and say hello. Alternatively, post below - you never know who's reading.