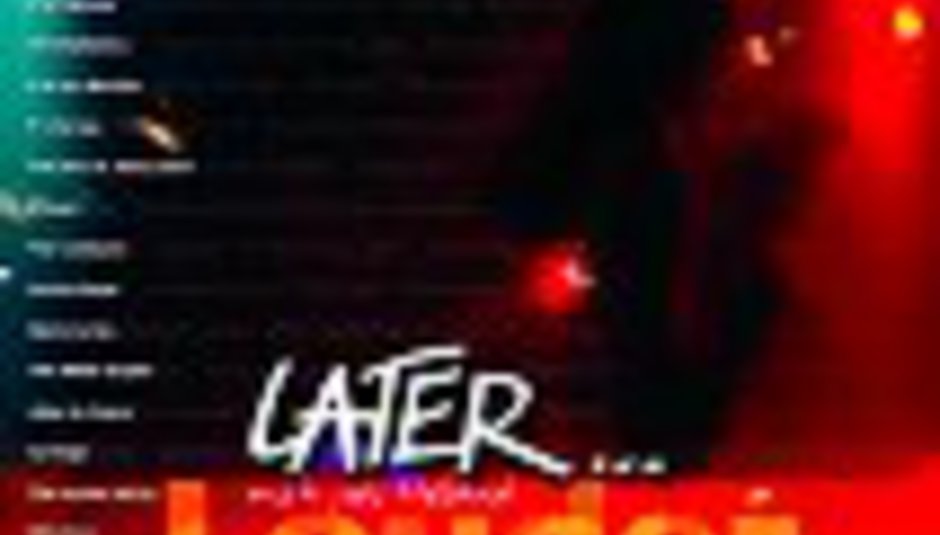 by Sean Adams March 9th, 2003
The British institution wakes up and releases a DVD...

The 21st Series of BBC's music show 'Later... with Jools Holland' is due to start up again in May. To coincide with the new series they're releasing a noisy DVD. Following on the DVD series from last year's '10 Years Later' best-of DVD, 'Later... Louder', is released on May 5th.

There's allsorts of good stuff on it, including the Foo Fighters, who get interviewed in the extras. Dave Grohl reckons 'Later' is "the only show like this in the entire world". He continues say it's "a good place to see bands that you've never seen live before perform 3 or 4 songs... it's all about the music".

'Later' producer Alison Howe commented of the DVD, "When we compiled the tracklisting for 'Later... Louder', we decided that each performance had to be a) exciting b) glamorous and c) great for air-guitar to make the cut. From Sonic Youth in 1992 to Foo Fighters in 2002 - Later's been getting Louder for 10 years."

Here's the full tracklisting, with the dates things were recorded for all you fact nerds..


It's out via Warner Music Vision, it lasts 2h 25 mins and it'll cost ya £19.99 (Ouch! And to think our TV license paid for it!) but has extras such as chats with The Hives, Courtney Love, PJ Harvey, New Order, Metallica, Garbage and Henry Rollins plus an "exclusive" Foo Fighters Interview.

DiScuss: Why can't Later be on more than about 15 weeks a year? Is it right that Warner.Inc profit from tax payer funded TV? When's the BBC going to start more music programmes to support what's really happening?