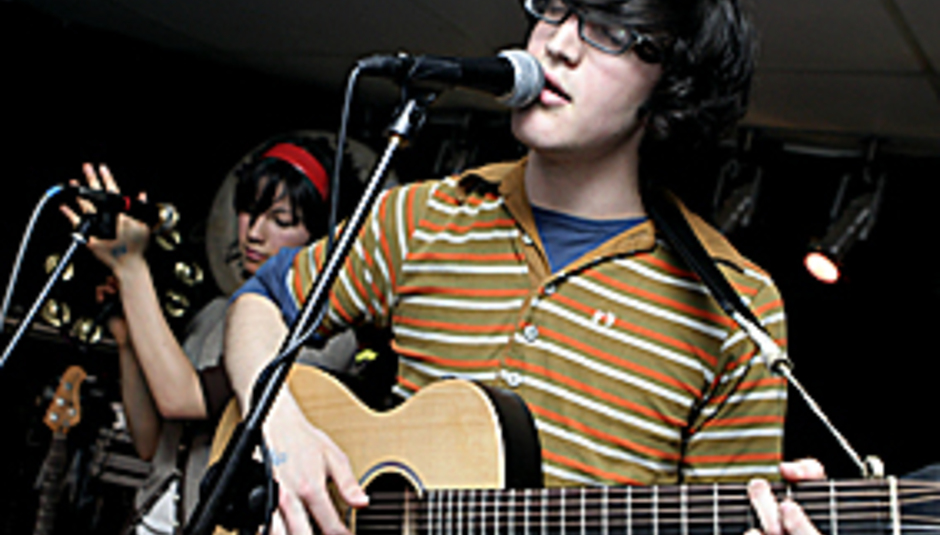 West London's answer to a really gleeful songwriting question, Mr. Jeremy Warmsley spoke to DiS this afternoon from his van, somewhere in Belfast on his way to play with Regina Spektor.

"I'm so excited about these tour dates, I've just wet myself."

...and with that in mind, we'd better quickly let you know that his new Transgressive-released EP Other Peoples' Secrets will be available from 10th April on 500 limited 10"s. Sweet. OMG TOUR DATES!

Photo by: Sonia Melot
I'd like to take this opportunity to apologise to Jeremy for the original photo and remind him that I love him. Lots.