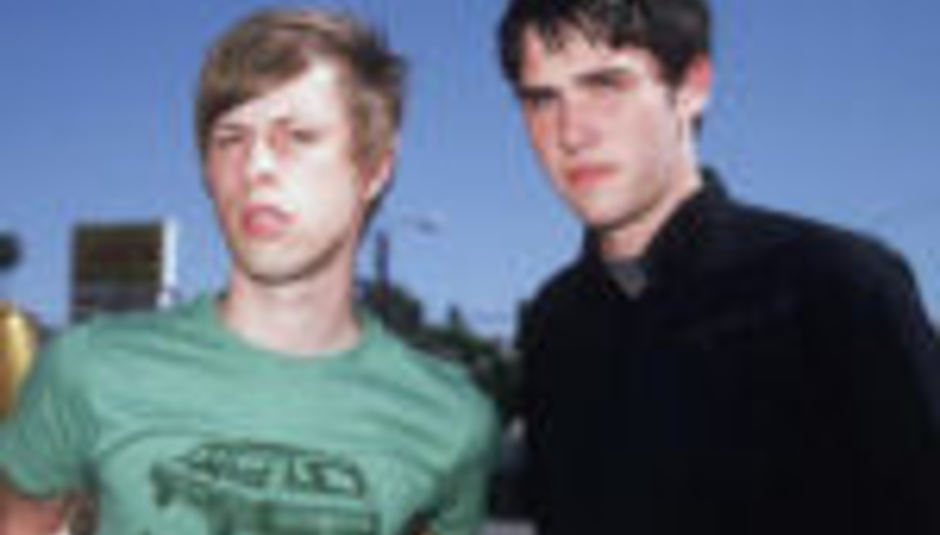 Washington duo Idiot Pilot hit the UK at the end of this month to support the domestic release of their pretty-good-actually debut album, Strange We Should Meet Here (released February 13th through Reprise).

The pair - Daniel Anderson (instruments) and Michael Harris (vocals) - have earned themselves favourable comparisons to the likes of Deftones and Radiohead, but to these ears come over as the halfway point between Glassjaw and Head Automatica, with a wee dash of Eighties glum-rock for measure. Oh, and the odd My Bloody Valentine wall of sound. Nice.

A single 'A Day In The Life Of A Poolshark', is released on February 6th, backed by a remix by none other than Chino Moreno. Makes sense, since Idiot Pilot contributed a remix to Deftones' recent B-Sides compilation.