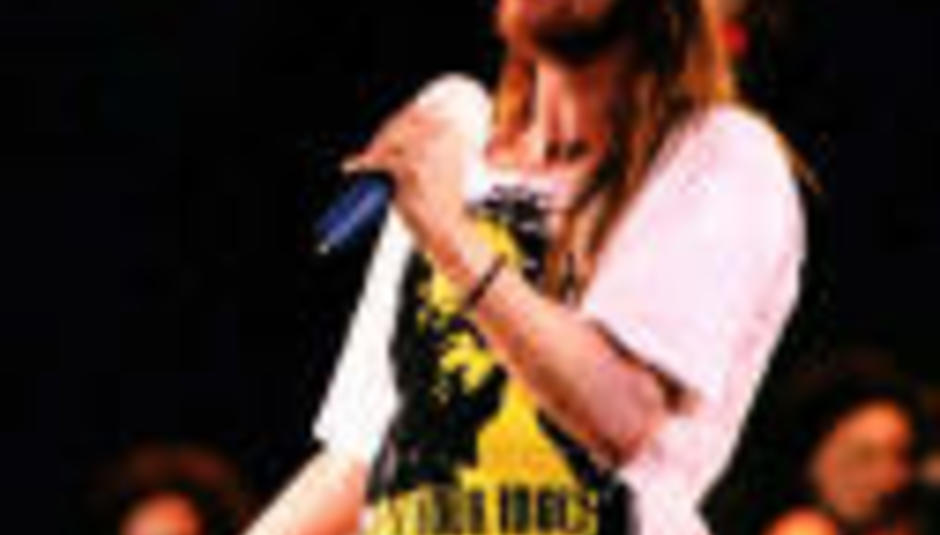 Guns N Roses mentalist Axl Rose has told Rolling Stone that the long-delayed Chinese Democracy WILL be released this year.

"It's a very complex record," said the singer. "I'm trying to do something different. Some of the arrangements are kind of like Queen. Some people are going to say, 'It doesn't sound like Axl Rose, it doesn't sound like Guns N' Roses.' But you'll like at least a few songs on there."

In more album-almost-ready news, both The Vines and Placebo has records on the horizon.

The Vines' as yet untitled third record has been slated for an April release. The band's manager, Andy Kelly, told a fan site: "The release date was originally set for 21 Mar but now looks more likely to be 4 Apr."

Placebo, meanwhile, will release their own yet-to-be-titled album on March 13th. A single, 'Because I Want To' (visions of Billie Piper, anyone?), is to be released on March 6th.