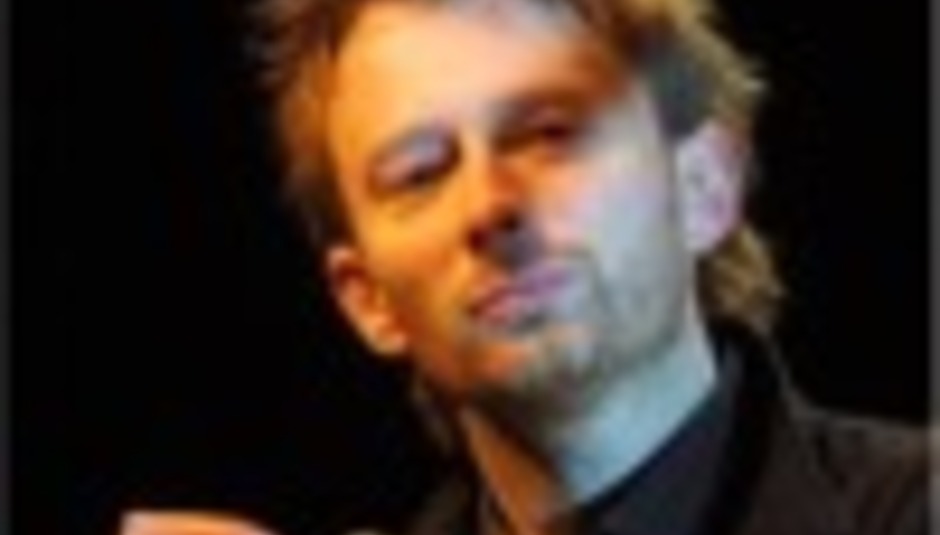 Radiohead: 6 months in a post-Strokes world

After a reasonably quiet 18 months, Radiohead are kicking into gear, both as a band and individually.

Most attention will obviously go to the band's sixth album, as yet untitled, which is currently being recorded somewhere in the UK. Work started on the LP on September 1st in Los Angeles with producer Nigel Godrich, finishing two weeks later. The five piece then relocated to their home base of Oxford for another fortnight of recording.

Speaking at the Q Awards where the band won the 'Best Band In The World Today' accolade, guitarist Ed O'Brien said of the album;

It has been rumoured that the album will be a return to the more guitar-based albums previous to them releasing Kid A and Amnesiac.

Commenting on the speculation, O'Brien said; “Guitars? Yup, there are a few. In fact there’s a bit of everything. It’s sounding really good. It’s like ‘We’ve honed our thing, we’ve done our thing’ so what we’re doing feels like the right thing to be doing now. As vague as I am.”

He also confirmed that Radiohead would be hitting the road reasonably soon, saying gigs would take place, “Next year. Definitely.”

The last time Radiohead played live dates was on a short tour on Portugal and Spain in July and August this year. The band used the tour as a chance to air new material that they had written for the new album. Over a 12-date period, the band aired around 15 new songs. Included in that selection were;

Also dusted off were currently unreleased live favourites 'Lift', which dates back to 1995, and 'Big Boots' which was often played on the second leg of the OK Computer tour in 1998.

It is unsure which of these will appear on the album, which is tentatively scheduled for a release in March (although this seems a little unlikely, May or June is perhaps more realistic).

Clues came when Thom Yorke performed his first ever scheduled solo performance at Neil Young's Bridge School Benefit concert in late October. Performing on acoustic guitar and upright piano over two nights, Yorke performed 'Sail To The Moon' and 'There There' again.

In addition to work on the new album, the band and individual members have been involving themselves in various other projects.

Guitarist Jonny Greenwood has agreed to compose the soundtrack for a series on Channel 4 entitled 'Bodysong'. The description from the official website explains it as:
"A movie that tells the story of an archetypal human life using images taken from All around the World and The Last 100 Years of Cinema.

The editing, music, and the mythic narrative arc of the material is designed to take the viewer on a roller coaster tour of the human body and life cycle. Every possible depiction of the human life from microscopic medical to portraits and newsreels, from births to deaths, are cut to a powerful music track by Jonny Greenwood of Radiohead to create a powerful and highly emotional film.

The film's power derives from the force of numbers; each face, each person, each body, each glimpse of anatomy, is both abstracted and dignified by being part of a huge flow, a torrent of humanity larger than any of us can conceive.'

The band collectively has also joined forces with The Samaritans promoting a new service which lets people email in anonymously with their problems. Radiohead have also donated a live video performance of 'Idioteque' to the charitable counseling service. Drummer Phil Selway has volunteered his services to the group as a councillor for many years.

"There are some alarming statistics." said Phil recently; "I think it's the World Health Organisation that say by 2020 they think the biggest killer will be depression. So you have those very stark figures and then you suddenly think..."

"Something like the Samaritans which is talking about getting feelings out into the open and actually looking for emotional support - well, suddenly it has a very important role in community and our society."

Q Magazine has treated Radiohead especially well in the last 3 months, in addition to adorning them with the 'Best Band In The World Today' honour, it listed Thom Yorke in their November issue as the sixth most powerful person in the music industry, behind Bono and (we assume as a posthumous force) Kurt Cobain - the only three actual artists in the top ten.

In the magazine's poll of the hundred greatest albums of all time, published this week, OK Computer entered at no.2, The Bends in the top 5, and Kid A the top 40.

Not too shabby then...