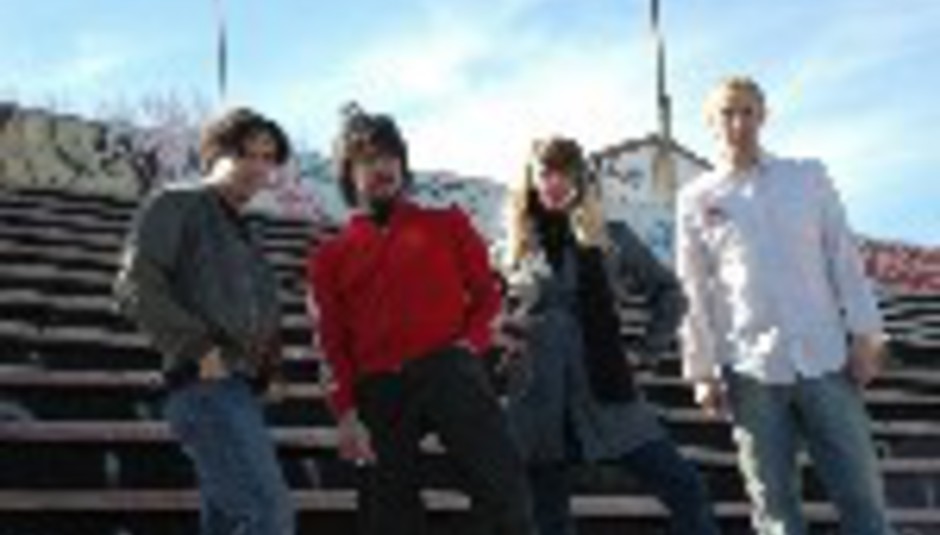 by Dom Gourlay November 4th, 2005
American psychedelic punks Schizo Fun Addict (pictured) claim that they have been confirmed as the main support for The Stone Roses' reformation shows early next year.

Addict frontman Jet Wintzer is quoted as saying "We will be playing our last show this year at NYC's Death Disco on Wednesday 9th November. This will be our last performance until next year when we play with the Stone Roses. I have been authorized by Reni to announce the third coming, at which Schizo Fun Addict will be supporting."

Rumours of a reformation have circulated for some time - Ian Brown has played Stone Roses songs at recent live shows, and John Squire told Time Out that a reformation was a possibility being considered back in May 2005. He was reported to have even sent Brown a box of chocolates with a note saying "I still love you." Whispers of a Glastonbury collaboration (Mani's Primal Scream were booked on the same day as Brown) to replace Kylie Minogue fanned the flames further, but nothing materialised. This news, though, would appear to be a significant step towards the truth: The Stone Roses are very likely to be touring again.

If it does prove to be true, I guess floppy hats and flared trousers will be on everyone's shopping list this Christmas.