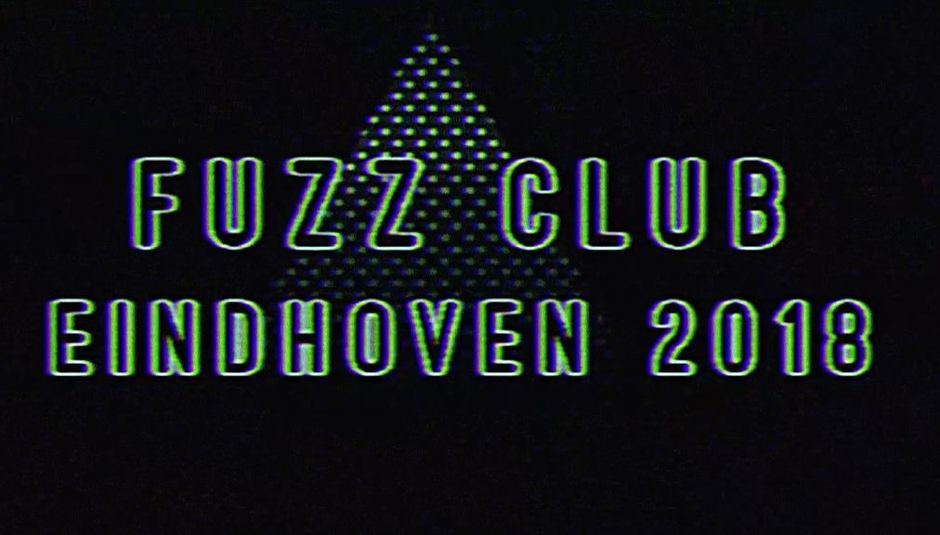 How To Organise A Music Festival #18: Fuzz Club Eindhoven

This weekend, Drowned In Sound heads over to the Netherlands for the first edition of Fuzz Club Eindhoven. We're especially proud to be media partners for the inaugural event which features a stellar line up including The Black Angels, A Place To Bury Strangers, Desert Mountain Tribe, New Candys, and The Underground Youth among a host of others.

Taking place at the legendary Effenaar venue in the centre of the city, Fuzz Club Eindhoven promises to be one of 2018's most prestigious events. So DiS asked organiser Casper Dee, who also founded the Fuzz Club label, how he went about putting together his first music festival.

DiS: When did you decide to start a festival?

Casper Dee: We've done loads of events over the years - predominantly in London, and curating stages at festivals around Europe - and have always wanted to have our own fully fledged festival. Earlier this year we started talking to bands about the idea of a Fuzz Club festival, and their response was so positive we just went for it.

Is it something you always intended doing having established the label?

It has always been of dream of mine to do a Fuzz Club festival and bring as many of our bands and followers together under one roof. We are lucky to work with so many good bands, and seeing how they've evolved into incredible live acts is a real joy. And not only the bands, the sound, the visuals, everything has really progressed the last couple of years. This moment in time feels really special, but - and I don't want to sound pessimistic - but the world constantly changes, bands break up, venues close every week, but right now everything is incredible. So grabbing the moment and celebrating what we have, while it's there, seems like the right thing to do.

How did the people from Eindhoven Psych Lab and the Effenaar become involved?

We were invited to do a Fuzz Club stage at the first edition of Eindhoven Psych Lab and many of our bands have played there over the years. The Effenaar venue is one of the best music venues in Europe with a rich music history, and their team are massive music fans, so we have been constantly brainstorming ideas about what we could do together.

Eindhoven is also the perfect place to throw a festival because our fan base is spread all over Europe and it's really easy and chap to get to from anywhere in Europe really.

How long did it take to plan?

It all kicked off when we booked The Black Angels at the start of the year. From that point, we've put a lot of time into getting everything the way we want it to ensure it's an awesome showcase for the label and an incredible weekend for the fans. We want the festival to really stand out for its quality and variety of incredible music and I can't wait to see it all come together this weekend!

What was the most difficult obstacle to overcome?

I really wanted The Black Angels to headline the festival as they are such an important band for the label and the scene in general. So getting them was key, but it wasn't that easy as they are based in the States. Once they were secured, the rest of the lineup came together quite easily. It's actually been an awesome job to pull together all of these bands that we've worked with and grown with over the past few years. A lot of them are old friends now and in some ways, the festival will feel like a crazy big family reunion. Seeing all these bands under one roof, and all of the fans - many of whom have been with us since the beginning - will be so rewarding for us. There's a strong sense of community around the label and the festival is our way to celebrate that. Obviously putting on a festival with this many bands there is a lot of logistics to sort out, but the team has been great and it has gone pretty smoothly.

Did Liverpool Psych Fest taking a year out play a part in launching Fuzz Club Eindhoven in 2018?

We don’t want our festival to become a competitor to Liverpool. In my opinion, Liverpool is one of the best, if not the best, music festivals in Europe, and it’s important for us as a label and the scene in general that they come back and thrive.

Are there any plans for the festival to grow or expand? A UK edition maybe or elsewhere in Europe?

I would love to, but we'll see how this year plays out and then we'll take it from there. Doing ”pop-up” festivals or doing Fuzz Club stages at other festivals is something that suits the label and the global community around the label really well. But that said, I'd be very happy if we could establish a yearly festival in Eindhoven.

Most of the bands on the line up are affiliated to Fuzz Club in some way or another. Will this continue in the future or are you aiming to look further afield for acts?

There are still lots of bands that we’ve worked with that aren't playing this year, so we could easily do a similar thing next year. But it could be good to mix it up a bit at some point. I wouldn't mind inviting another label to curate a stage at the festival for example. There is a great vibe in the music community at the moment so getting more labels involved could be a cool thing.

I'm obviously stoked to have The Black Angels on the bill. I'm also really stoked to have booked A Place To Bury Strangers. Their live shows are out of this world. The cool thing is that their live engineer, Bob de Wit, is the house engineer at Effenaar, so I’m expecting their gig to sound pretty incredible. If APTBS is too violent for you then The Underground Youth always deliver an amazing show. Obviously Spectrum is a must see. Last year two of the best gigs I saw were New Candys and Juju, so I would definitely not miss them. If you like your music a bit darker then you can't go wrong with 10000 Russos, Sonic Jesus or The Oscillation. We'll definitely be in for some special surprises as you never know what RMFTM, Gnod*8 or The Cosmic Dead** & Friends will do. RMFTM & 10000 Russos are releasing a collaboration album at the festival, so you should expect a special show from them.

The psych scene started to creep into the mainstream a few years ago. Do you think it's returned back to the underground?

At Levitation Austin (previously Austin Psych Fest) 3 years ago when there were 10,000 people at the festival it did feel like psych had become mainstream. But then again, if you have a line-up with Tame Impala, Flaming Lips, Jesus And The Mary Chain, Primal Scream, and 13th Floor Elevators you would expect to sell 10,000 tickets. So it doesn't necessarily mean that the "psych" scene itself had reached that level. It all depends on what you consider to be psych I guess.

In my opinion, the scene that we are in, regardless of what you call it, has always had its feet planted well underground and I think that is its strength. If a subculture becomes mainstream it will face a sure death. You have lots of examples of that through the history of music; rock'n'roll, punk, grunge. You name it. A culture gets picked up by big corporations and imitated and the people that started it all lose interest and walk away. The good thing today though is that underground music scenes don't have to become mainstream to reach an audience, and the psych scene is a good example of that.

Do you consider Fuzz Club Eindhoven to be a predominantly psych festival or will that become broader going forwards?

I guess it could be considered a psych fest, but personally, I couldn't care less. I just put on bands that I like and nowadays that music is being labelled psych. If it was 10 years ago it would have been labelled something else. No one labelled My Bloody Valentine as a psych band 20 years ago. Our festival is simply a celebration of the music scene that we find ourselves so lucky to be in. Calling it "psych" can be quite misleading, especially for people that are not familiar with what "psych" is. Psych is not a genre, but an umbrella term for good alternative music ...with a reverb pedal! Within psych you'll find post-punk, shoegaze, neo-psychedelia, acid house, folk, noise, garage, techno, rock, stoner and so on.

For us, partnering with Effenaar was a good move. It lets us focus on what we're good at - curation, working with the artists, and marketing - and leaves the production side of things in the hands of their expert team. It's also probably not a bad idea to start small. You get to test the waters and if it's a big success, scale up from there.

Fuzz Club Eindhoven takes place this weekend over Friday 24 and Saturday 25 August. For more information about the festival, including the full schedule and how to purchase tickets, please visit their official website.