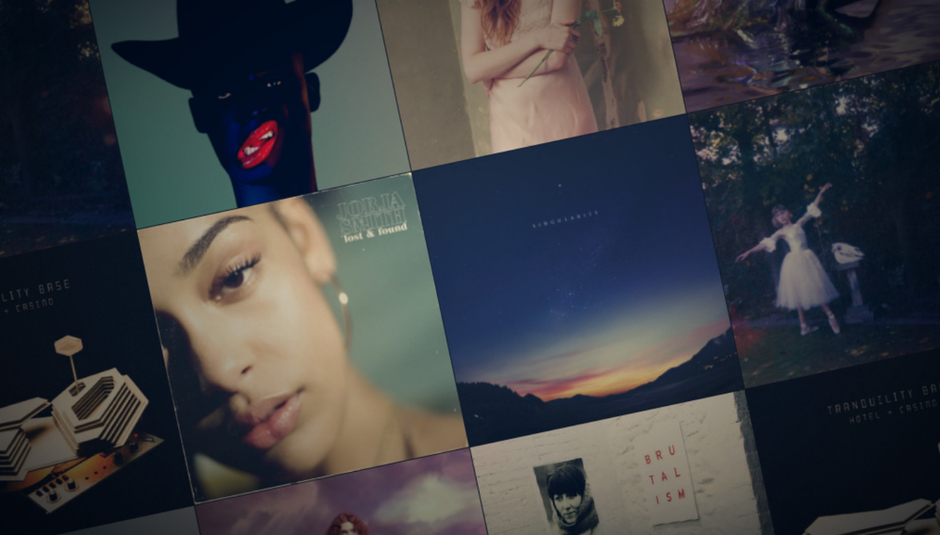 On Thursday morning around 11am, the shortlist of nominees for the prestigious Hyundai Mercury Prize will be revealed on BBC 6 Music, so it’s prediction time… BBC presenter Abbie McCarthy takes a look at who might, could and should make this year’s list. Meanwhile, you can join the conversation over on our forums

Sure, they’ve been shortlisted plenty of times before but they’re one of the best bands on the planet and you can’t argue they haven’t evolved on this fantastic new record. A bold, confident, shoot for the stars body of work, that really opens up the parameters of what these boys can do. They have a knack for switching things up with every LP and this really is a giant leap from the sound of the Sheffield upstarts debut album, which won them the Mercury Prize back in 2006. If your heart yearned for the big riffs and sing-a-long anthems prevalent on AM, this album would have disappointed you, but once you’ve realised that after a few listens and embraced the new lunar vibe, it is totally mesmerising.

DiS’ Marc Burrows wrote: “This is not an album influenced by the Von Bondies and The Vines. Instead its a peculiarly warped take on Serge Gainsbourg, hitched to the frazzled genius of Miles Davis, mid-period Beach Boys and the end-of-the-line, weirdo-Beatles of Abbey Road.” Read the full 7/10 review here.

In January post-punk South London band Shame released one of the best guitar albums of recent years. The lads, fronted by Charlie Steen, are much heralded for their live show and this album matches the hype with 4 and 5 star reviews galore. It’s a sneering soundtrack for a frustrated generation and is without doubt an essential album from 2018.

The experimental-pop duo’s second record sees their sound come on leaps and bounds. I’m All Ears is mesmerising and not quite like anything else around right now. Some glossy pop numbers can be found on the tracklist, as well as some epic and breathtaking moments, showing how best mates Rosa and Jenny’s songwriting style has matured in ways that puts them in good stead to be the future of pop! The list of collaborators on this LP is impressive too, with production contributions coming from SOPHIE, David Wrench, and Faris Badwan of The Horrors.

Read the DiS review of I’m All Ears.

The Brits Critic’s Choice Winner burst onto the scene in 2016 with her incredible debut single ‘Blue Lights’ and since then she’s been “co-signed” by Drake and Kendrick Lamar and also collaborated with the likes of Stormzy, Khalid and Kali Uchis - so understandably her debut album was highly anticipated. Lost & Found is a strong album - 12 tracks of high quality, slick R & B, reflecting the trials and tribulations of teenage life.

Those that have devoured the debut album from the Bristol band consider it a political-punk triumph. Frontman Joe Talbot flits between vulnerable and angsty to pay tribute to his mother and her untimely death, and offer comment on social injustices and the current state of British society. Raw, earnest humanity is at the core of what IDLES do…. plus the 5 piece even have a song ready if they win – ‘Well Done’.

The new project of XL’s legendary head honcho & genius producer Richard Russell, featuring an amazing list of collaborators, burgeoning new talent and established greats: Sampha, Giggs, and Kamasi Washington to name but a few. Brilliant artists, wonderful production and the very effective use of samples makes for a beautiful body of work from start to finish.

Tom made this album mostly in his South London bedroom, not that you’d guess that as it sounds world class. ‘Lost In Paris’ is a real highlight of the album, along with ‘Water Baby’, which sees him team up with long term pal, collaborator, and 2017 Mercury nominee: Loyle Carner. Tom’s fusion of soul, jazz and hip hop has paved the way for a new music scene to grow and with the Mercury Music Prize being focused on reflecting the year in music, you’d think Tom was in with a chance at a shortlist spot.

This kooky pop collective met over the internet, swapping beats and song ideas via Skype and email. The first tune they gifted to the world was the completely wonderful and infectious ‘Something for your M.I.N.D’ that quickly went viral. The album is innovative, quirky and enchanting, with a blend of interesting sound effects, synths and big choruses, making it a very possible nomination for this year’s Mercury Music Prize.

Oil Of Every Pearl's Un-Insides

Sophie has been on the scene for a while, having produced for Madonna, Let’s Eat Grandma, Charli XCX and more, but this is her first album proper and it does not disappoint, cutting edge pop music that truly shows off her artistic vision.

Gorillaz have history with the Mercury Music Prize, resigning from the shortlist back in 2001, even though they were favourites to take home the gong. Damon Albarn is one of the most creative men in the current musical landscape and he’s made a real masterpiece here, superb songwriting and a shorter, but still excellent list of collaborators, including George Benson, Jamie Principle and Snoop Dogg.

Florence’s latest record is a more stripped back affair than usual, putting a real focus on that distinct vocal of hers and the hard-hitting honest subject matters found present on the 10 song tracklist. She’s previously been nominated for the Mercury Music Prize with her debut album Lungs (2009) and How Big How Blue How Beautiful (2015), could this be a hat trick of nominations?

Musical mastermind Jon Hopkins was nominated for the Mercury Music Prize back in 2013 with Immunity. His latest offering, album number 5 Singularity, has received glittering reviews the world over (including this glowing DiS review) so looks a strong contender for this year’s shortlist. What makes his new album so special is the vast amount of layers and textures, every second on this record has been pondered and crafted.

Young Fathers defied the odds and won the Mercury Music Prize in 2014 with their stellar debut album ‘Dead’. Third LP ‘Cocoa Sugar’ is another slice of the signature Young Fathers formula, so could this year see them get another nomination, or even a win?

Visions Of A Life

The Londoners were named on the Mercury shortlist in 2015 for their debut My Love Is Cool, Ellie said she’d marry bassist Theo Ellis if they won… Ellie has since been a judge for the Mercury Prize herself. Now Visions Of A Life is up for inclusion and it contains some of the band’s best work to date – the tender, emotive ‘Don’t Delete The Kisses’ and the excellence displayed in ‘Formidable Cool’.

There really was no escaping Ed Sheeran last year, he even found himself on the Mercury Music Prize shortlist, due to the sheer success of his record-breaking third studio LP ‘÷’. Could this year’s list feature George Ezra’s number 1 album Staying At Tamara’s, as a nod to one of the best-selling records of 2018? Liam Gallagher’s first solo album As You Were has also achieved tremendous success, will the Oasis frontman’s record make the cut for the prize this year? Or maybe his brother?

The UK rap scene is still thriving, will the highly impressive second album from Harlesden MC, Nines get shortlisted? Or maybe the godfather of grime Wiley will get a nomination for Godfather 2., or even Novelist for his impressive debut effort.

There’s always some no-one-saw-that-coming nominations, as well as shocking omissions too. Lily Allen has still never been nominated for the Mercury Music Prize, despite It’s Not Me It’s You being the bookies front-running favourite in 2009. Maybe 2018 will see Lily get the accolade?

Them there’s always an experimental electronic or jazz album or two, too…

Join in the conversation over on our forums. Or reply to Abbie on her Instagram or Twitter:

You’ll often find Abbie hosting shows on Radio 1 or you can listen to her Introducing show on BBC Kent over here.