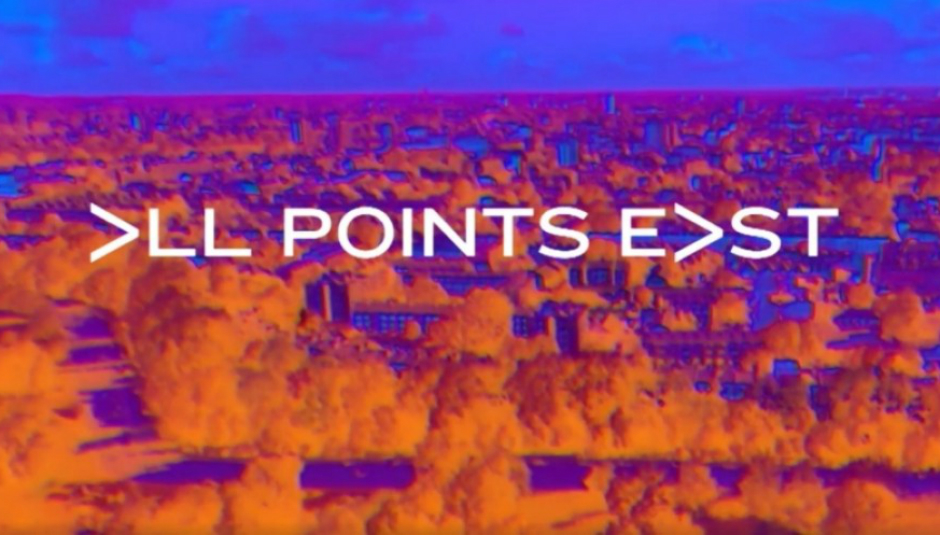 It's safe to say that, much like every other music fan, we're beyond excited about new festival All Points East, which starts this Friday. Spread over six nights and two weekends, the lineup is a who's who of the great and good in music - it's simply ridiculous, no matter what your taste.

We'll be there for most of the nights, and so asked our writers for a few words on who they're excited about and why. Read on, and see you down the front.

Friday marks the first All Points East weekend. Three days worth of music featuring a host of incredible headliners set to take place at Victoria Park in the London borough of Hackney. While the first evening sees the return of James Murphy and LCD Soundsystem to UK shores after last year's critically acclaimed American Dream, here are three other acts we're particularly excited about seeing on what's come to be known as "LCD Day".

It's remarkable to think Confidence Man only played their first UK show around this time last year. Yet in the twelve months that's passed, they've emerged as one of the hottest live acts on the planet. The Brisbane four-piece - Janet Planet, Sugar Bones, Reggie Goodchild and Clarence McGuffie - possess one of the most exciting stage shows around, channeling everything from 80s pop, 90s rave and the golden age of indie into one great mouthwatering melting pot.

What's more, they're also responsible for one of 2018's finest debuts in the shape of 'Confident Music For Confident People' and with an armoury of synchronised dance moves to match, are well worth the early afternoon jaunt to Victoria Park. Get Down!

If you want to feel old, Fever To Tell turned fifteen earlier this year. Yet for all its maturity it stands proud as one of the most timeless records of the 21st Century. While both recorded output and live performances become increasingly scarce for Karen O and co, you can bet your bottom dollar this exclusive UK show will be one of 2018's most unmissable performances. A genuine talking point to put All Points East on the map, as it were.

Indeed, it might be James Murphy and his band whose name sits on the top of this evening's bill but Yeah Yeah Yeahs will almost certainly attract as big an audience. And with such a back catalogue of incredible material to choose from, let those setlist lotteries begin now!

Long-standing readers of Drowned In Sound will probably remember Vessels as a post-rock outfit from Leeds, having been championed on these pages right from the moment debut single 'Yuki' landed unsuspectingly on our collective desks back in the early part of 2007.

Since then they've released four albums, the most recent of which - last year's The Great Distraction - saw them develop and mutate into an electronic act of some distinction. While guitars aren't completely out of the picture, Vessels have clearly defined the route they wish to pursue, and in pieces like the percussion-heavy 'Position' or esoteric beauty of 'Radio Decay' offer the perfect soundtrack as the afternoon sun begins to set.

The lineup for All Points East on Saturday looks exceptional, with indie pop sensation Lykke Li set to be a key highlight during the daytime. Rex Orange County showcasing his lo-fi debut LP should also be one to watch.

The set I’m anticipating most is Lorde. Following her incredible second album, I can’t wait for the singer-songwriter to compel with her wonderful, personable and melodically experimental music. Melodrama was one of my favourite albums of the past decade and I think Lorde’s set will be a real high point of All Points East as a whole. I’m sure ‘Royals’ and other hits from the first album will go down a treat too!

Headliners the XX have been long overdue a slot like this, and with their three diverse, unique and acclaimed albums interspersed over the course of almost a decade, I believe they will have plenty of material with which to make it an incredible success.

Sunday's main draw is Björk, who performs in the U.K. for the first time since the release of her breathy and spirited LP Utopia. If this week's appearance on Later... with Jools Holland is anything to go by, then flora, fauna, flautists and face masks will be the order of the day. This show also follows hot on the heels of the 'Arisen My Senses' remix EP (available on "slug genitalia coloured" vinyl, no less). That release features a cut from Welsh producer Kelly Lee Owens, who also plays a few of her cloudy electronic meditations as part of today's bill.

If ever a career has been revitalised in recent times it's that of Baxter Dury. Despite having four albums under his belt before signing to Heavenly Recordings, he'd never really matched the critical acclaim bestowed upon him with commercial success. Until now. Returning last year with Prince Of Tears, his first long player since 2014, Dury had his first Top 50 UK album while in 'Miami', was responsible for one of the summer's biggest floor fillers.

Playing here surrounded by peers and contemporaries should see him in his element. Early arrival is essential.

Although best known for providing the theme tune and title to John Hughes' 1986 teen flick Pretty In Pink, The Psychedelic Furs have so much more in their lockers. Formed in London at the height of the late seventies punk explosion by brothers Richard and Tim Butler. The Furs as they're affectionately known went onto record seven albums between 1980 and 1991 before going on an extended hiatus that would last into the 21st Century.

Having got the band back together in 2001 - albeit with a few line-up changes here and there bar the two brothers - The Furs have continued to tour at various intervals ever since although rarely appeared at any major outdoor UK event such as this. So it goes without saying such an opportunity as this to see one of the most influential bands of the past forty years should not go amiss.

As one of the initiators and focal points of the original New York punk scene, Patti Smith needs no introduction. Arguably one of the most unique writers, performers and recording artists of this or any other generation, her back catalogue is widely regarded as being among the most flawless in rock while her fearless campaigning for democracy and world peace has seen songs like 'People Have The Power' adopted by the civil rights movement among others.

With eleven albums worth of material to choose from and only an hour to perform, the most difficult part will be choosing what to play and which songs to omit. Nevertheless, expect the unexpected and prepare to be enthralled by a bonafide legend.

All Points East takes place in Victoria Park, London. for more information about the festival, and to buy tickets, please visit their official website.