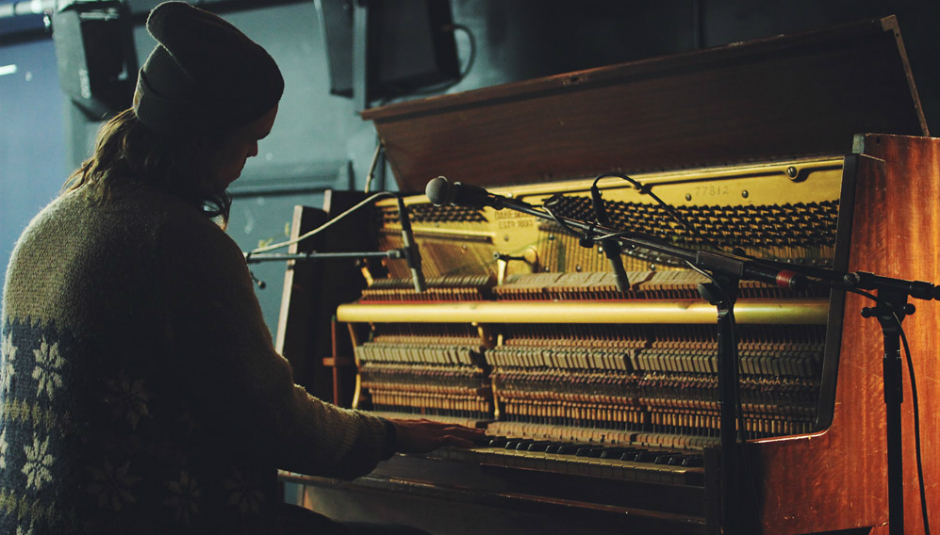 You might have seen our first Piano Day exclusive last week, a wonderful short film about the event by Graham Hodge. Exclusive #2 is the masterful Peter Broderick performing 'Carried', taken from his recent album Partners. And who better to explain the beauty behind this sumptuous work than the great man himself, as eloquently put as his playing is beautiful. Enjoy.

"I began writing the main theme in 'Carried' back around 2011 whilst living in Berlin. I lived above a piano shop and my landlord was the shop owner, and he was nice enough to give me a set of keys to the shop and encouraged me to go in whenever I want after hours and play all the different pianos. This piece is one I wrote on one of his pianos. I played the song every so often in various forms over the years that followed, but it wasn’t until this last winter that I really dove back into it and came up with more or less a definitive version. I had been spending countless hours learning to play John Cage’s 'In A Landscape' on the piano, and after learning that wonderful work I was inspired to record a version of it as well as some other works of my own. And it was at that point that I realized the last two notes of 'In A Landscape' were the same two notes (albeit up a couple octaves) that begin 'Carried' . . . so it seemed like a no-brainer to put them back-to-back on a record. Furthermore, I’d like to add that the title of this piece is an homage to the Carry brothers (Mark and Craig), who have shown me the most incredible, unwavering support through their blog 'Fractured Air’, and also introduced me to my now-partner Brigid (who wrote the last song on Partners) by putting us on the same bill together in Cork back in November 2014 . . . indeed I have been Carried along by the Carry brothers. When I played this piece in Cork last winter, before it had a title, Mark came up to me after the show and commented specifically on how much he enjoyed that song. I was not planning to tell them that this song is a tribute to them, but when asked to write about the song, I couldn’t leave it out."

Celebrating 16 Years of Drowned in Sound