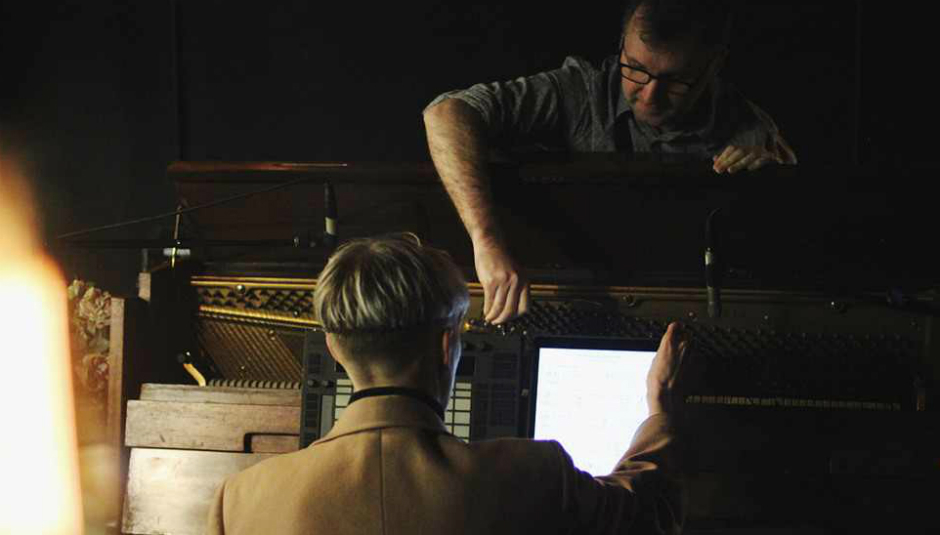 “Why does the world need a Piano Day? For many reasons. But mostly, because it doesn’t hurt to celebrate the piano and everything around it: performers, composers, piano builders, tuners, movers and most important, the listener.” – Nils Frahm

Wise words indeed. 2016's Piano Day, a worldwide event organised by our friends over at Erased Tapes and featuring a day co-hosted by our good selves, was a roaring success; from London to Tokyo via Moscow and Melbourne, pianists gave a series of stunning concerts across a number of styles and genres, all in celebration of those who express themselves best through 88 keys. We're delighted to announce a series of video exclusives, starting today, shot in and around Piano Day, and featuring some of the instrument's finest exponents. The first video, directed by Graham Hodge, explores the themes of Piano Day, its inception, and ethos, and features interviews with Douglas Dare, Rival Consoles, Peter Broderick, Ólafur Arnalds, and Michael Price. Over the coming weeks, we'll be premiering videos of their performances, but for now enjoy the short film below, and the simple beauty of the music.

For Douglas Dare, the piano is a sad instrument. He makes a convincing case; at his fingertips, the keys sing plaintively, exquisitely melancholy. By the time he embarks on a cover of Bjork’s ‘Lionsong’, that peculiar mood has settled over the audience; the room is packed, but thoughts are turned inwards. You can see it in the swaying.

Dare’s is the opening set of London’s Piano Day celebrations, held on March 28th at Shoreditch’s Courtyard Theatre, opened in the late nineteenth century as a public library. Shortly afterwards, we’re offered another glimpse of what the piano can do. When Michael Price performs some tracks from The Hope Of Better Weather, you can hear expectance but also traces of nostalgia. Remembrance Of Better Weather would be an equally apt title.

No modern piano concert would be complete without a nod to John Cage. And when it comes, it does so courtesy of Peter Broderick whose performance of 'In A Landscape' has that mesmeric, slow-building quality so peculiar to the instrument. Broderick’s set is also the closest the evening comes to a variety performance; he kicks off with some piano jokes (including one he penned himself), and at one point wanders amid the crowd, singing unaccompanied (the farthest we drift from twinkling keys.)

The evening was a celebration of what the piano can do, and the different directions in which a pianist can lead the instrument (and, of course, vice versa.) So it’s only fitting that proceeds went to the next generation, helping to buy a new piano for South London’s World Heart Beat Academy . Run by Sahana Gero, the charity offers music tuition to some three hundred children, many from challenging backgrounds, and is expanding into a new space in Battersea.

World Heart Beat is place where creativity and social change go hand-in-hand; the students are not only offered an environment in which to create, but gain a valuable (not to mention employable) skill. It’s a place that fosters imagination, much like the library that the Courtyard Theatre once housed: a strange reverberation from the past.

To round the evening off, the three Erased Tapes pianists take once more to the keys. As they played their encore for six hands, you couldn’t help but wonder what new paths the next wave of pianists might embark on. Theirs is an instrument with over three hundred years of history. Long may it continue.