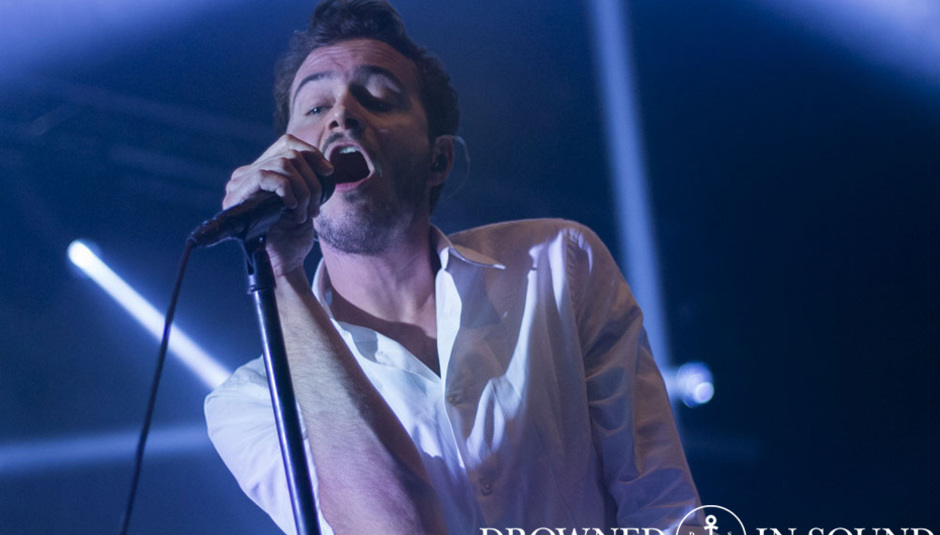 Drowned In Sound enjoyed its inaugural visit to last year's Best Kept Secret so much that we're heading back again for the 2016 edition. Although this will only be its fourth year, Best Kept Secret has quickly established itself as one of mainland Europe's most prestigious events. Set in the Beekse Bergen safari park in the village of Hilvarenbeek, approximately nine kilometers from Tilburg, it boasts a beach, a lake where revelers can go swimming, its own bungalow park, fine locally based cuisine and five stages hosting some of the most cutting edge names in music. Taking place from Friday 17th to Sunday 19th June, tickets are still available here priced 125 euros for the weekend or 69 euros per day. Full line up details and stage times can be found here.

In the meantime, here are the 10 acts we're most excited to see over the course of the weekend.

It's been a long time coming - four years to be precise - but Seattle's Band Of Horses released their long awaited fifth album Why Are You OK last week. What's more, it turned out to be as great as everyone expected to be, which is just as well because Best Kept Secret marks their return to the European festival circuit. Expect to hear material from the new record as well as several gems from their impressive back catalogue. What more could you possibly want?

Arguably one of the most consistent bands on record this past decade. Beach House also have the propensity to convey their spectral dreaminess into the live arena with consummate ease, as their incredible set at last month's Primavera Sound highlighted. Playing a career spanning set that takes in material from all six of their majestic long players, this could be a pivotal moment in Best Kept Secret's history.

Fusing dance music with elements of dream pop, shoegaze and psychedelic weirdness, Dan Snaith has made a name for himself under the guise of Caribou over the past decade. 2010's third long player Swim being the record that brought them to the attention of the masses, Snaith and Caribou have also established themselves as one of the most exciting acts on the live circuit. Expect an extravaganza of ambient and upbeat party tunes that should keep Best Kept Secret buzzing long into the early hours.

Christine And The Queens

Essentially the guise of French singer/songwriter Héloïse Letissier, Christine And The Queens released her debut Chaleur Humaine in 2014. However, it was last year's self-titled follow-up coupled with a string of exceptional live shows that catapulted her into global territories. Her performance on Later With Jools Holland in April will go down as one of the most memorable that show has broadcast in recent times. Best Kept Secret, be prepared.

Canadian outfit Destroyer put out their first record twenty years ago in the shape of We'll Build Them A Golden Bridge. Prolific and consistent ever since, last year's critically acclaimed eleventh album Poison Season was among their finest to date, while the live show goes from strength to strength in the process. Expect to be confounded, mesmerized and simply amazed in equal measures by Dan Bejar and co, which makes them one of this weekend's must-see acts.

Now in their fifteenth year of existence, Editors have succeeded where many of their former contemporaries have fallen by the wayside. Taking risks and doing precisely what they've wanted to do irrespective of trends at every juncture, their loyal fanbase has never waned as the glut of sold out shows in advance of every subsequent tour ably demonstrate. Expect their headline slot here to be jampacked with both the familiar and the odd surprise thrown in. Big, bombastic pop never sounded so good.

Although not entirely comfortable with the description, Explosions In The Sky are one of the most original and undeniably creative post-rock outfits on the planet. Formed seventeen years ago in the Texan suburb of Austin, this four-piece have defied expectation and crossed boundaries with every subsequent release since debut How Strange, Innocence landed at the turn of the century. Experimental in stature and unpredictable in nature, on thing about an EITS show is it never gets dull. And their Sunday afternoon slot here could be just the wake up call required for those nursing hangovers from the rest of the weekend's festivities.

There isn't a lot to be said that hasn't already about this South London based outfit. Other than there are very few - if any - bands currently as dangerously excessive in rock and roll terms on the circuit right now. Of course, none of that would matter a jot if they didn't have the songs to justify it. Thankfully they have, by the bucketload. Not to be missed.

Late additions to the bill after C Duncan pulled out, this Anglo-Swedish four-piece released one of 2015's brightest debuts in the shape of Wonderlust. While their energetic live show saw them gain a legion of fans, particularly when opening for the Stereophonics on their arena tour late last year. Currently in the process of writing their second album, if shoegaze tinged grunge pop is your bag, Kid Wave are just the band for you.

New York's Psychic Ills, essentially the core duo of Elizabeth Hart and Tres Warren, have been wowing audiences on the psych rock underground for a good few years now. However, it wasn't until earlier this month that long awaited fifth album Inner Journey Out surfaced after a three year absence. Featuring collaborations with the likes of Mazzy Star's Hope Sandoval and Starred's Liza Thorn, it represents possibly their finest collection of songs to date. Making their Sunday afternoon slot one of the festival's most eagerly anticipated, expect to be transfixed by their hallucinogenic symphonies en masse.