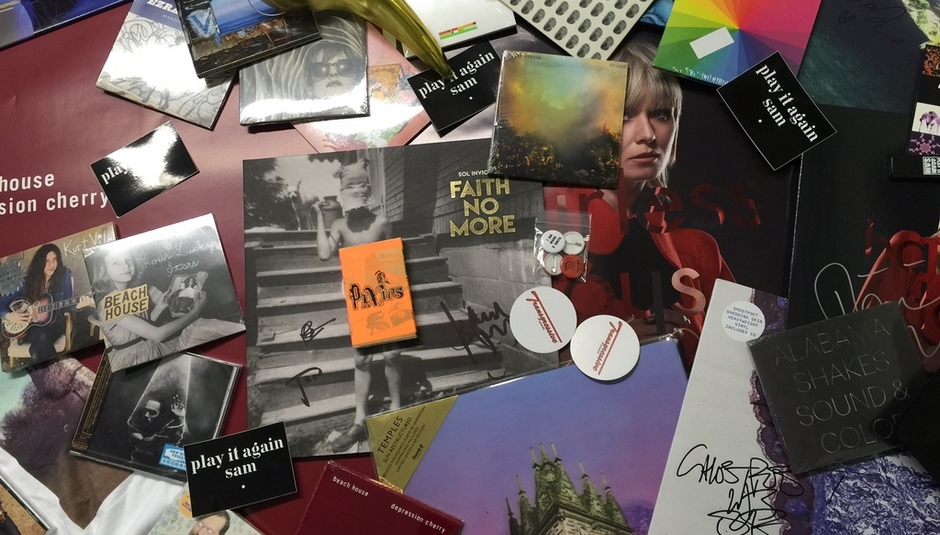 Win: The Best Independent Albums of 2015

A massive giveaway for one lucky DiSser.

Now that we have revealed our albums of the year, we can now offer you one of the biggest competition prizes we've ever run.

One lucky DiSser will win an absolutely massive pile of signed vinyl, a stack of CDs, some t-shirts, posters, and there's even a super-rare limited edition Pixies cassette. There's everything from CD editions of our album of the year (spoiler alert!) by Father John Misty to Joanna Newsom, Girl Band, John Grant, Jamie xx, Sleater-Kinney, Bjork, Beach House (both 2015 releases including the velvet sleeve edition of Depression Cherry, plus poster), Kurt Vile, Editors (special Japanese edition of the album), Temples (holographic 12" + t-shirt), Fat White Family (badges and t-shirt), Alabama Shakes, Battles, Gwenno, Songhoy Blues, Soak, Deerhunter, El Vy, Ezra Furman and loads more. Plus signed vinyl including Faith No More, Ghostpoet, Enter Shikari, Roisin Murphy, Spookyland, Genghar, Claptone (plus mask!), and another PIAS tote bag full of records... In fact, there's too much to lift, and the winner will get so much stuff that it's probably going to require the world's strongest postman to deliver it.

To win all of this, all you need to do is be a member of our mailing list for the Independent Music Monday playlits. As the name suggests, it's a playlist that is updated every Monday, celebrating the best new Independent releases. Each week DiS' editor, Sean Adams, selects 10-20 tracks to add to the playlist (and the same number removed). You can find out more about this initiative and subscribe to the playlist here.

The competition closes at 3pm on January 12th and a winner will be selected at random from the mailing list subscribers.

Stream: 'If I Have To Wake Up (Would You Stop the Rain?)' by Baroness

A Look Ahead At 2016's Release Schedule (Playlist)