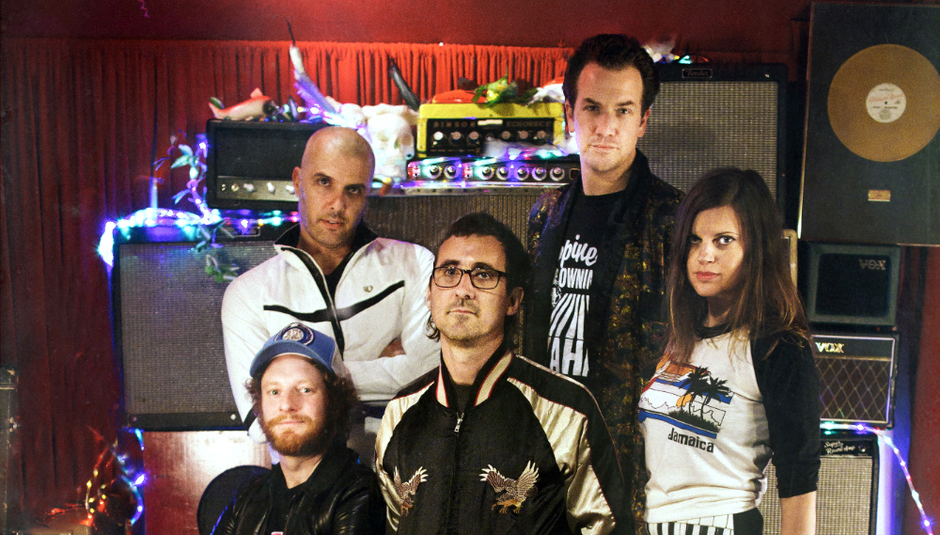 If you read the Drowned in Sound 'Lost Albums' piece that went our last week, you'll have seen that I included one of my favourite albums, the humongous I See Seaweed by Australian noiseniks The Drones.

It's a shame it had to end up on a 'lost albums' piece, as that record deserved way more attention than it actually ended up with, but I guess these things happen for a reason, and it’s because of that piece that I’m sitting here typing an intro to their brand new video.

In a beautiful bit of timing, and I swear to god I didn't know they had anything new coming out when I nominated the aforementioned I See Seaweed, the band have just completed their 7th album, which is due in February next year and released on their own (and immaculately titled) Tropical Fuck Storm Records. Exciting times!

So anyway, here's 'Taman Shud', a song named after the mysterious (and unsolved) case of a dead body that washed ashore in Adelaide in 1948 - but finds Gareth Liddiard and co. in especially fiery and mischievous form.

As way of an intro, they say:

"Taman Shud is a coal fired ode to one of the great nations Rupert Murdoch leads. The video was directed by Chris Matthews of Defero Productions."

So yes, go forth and devour their back catalogue, and go see them when they hit London’s Oslo venue on the 10th Nov, and Leeds’ Wardrobe on the 11th. For more details visit thedrones.com.au.