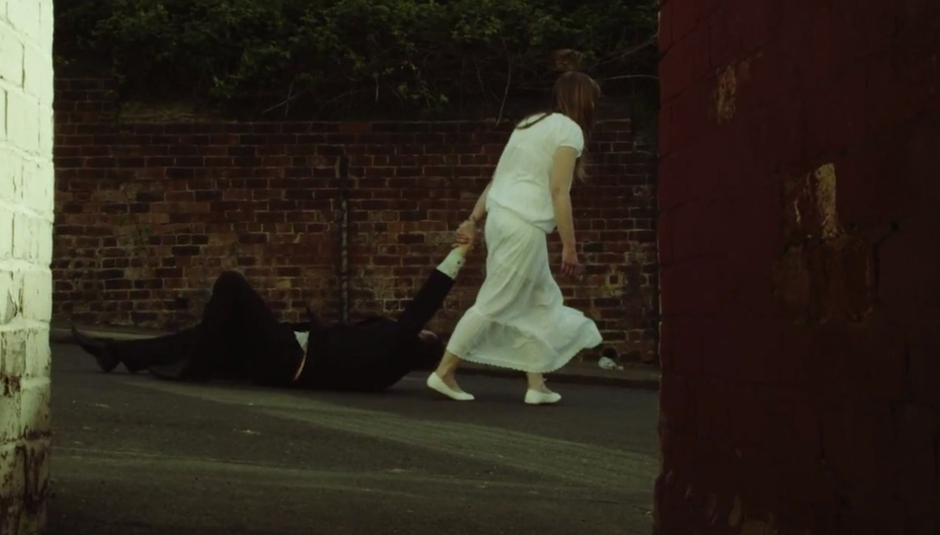 The makers of our album of 2014, The Twilight Sad, premiere their new video with DiS. Before we get to that, here's a letter to you all from James Graham...

So, it has been a week since we returned from our 10-week tour over two continents and 27 countries, in which we played 57 gigs, and I feel like I'm beginning to get back to my normal/not normal self as I write this. It was the most intense headline tour we've ever done but probably the most successful. It's really strange looking back on it now; as if it was Planes, Trains and Automobiles but set in a drunken Scottish alternative universe. The title would probably be "Planes, Vans, Ferries and Travelodges (if you're lucky)". What I am most proud of, though, is that we didn't kill each other.

We released our fourth album in October 2015. Every record we release is important to us but this record had a lot more weight behind it as its success or failure would decide the future of the band. The band and the music we make has taken over our lives since we released our first record in 2007, so I cannot imagine not waking up everyday and thinking about the next song we're going to write, the next album we want to make or the next tour we're going to book. It was a pretty terrifying thought.

Once again, we released a record we were very proud of, but I've learned over the years that my opinion isn't always the opinion of the brutal music industry. I try to stay away from reviews but, as I also control all the band's social media pages because I like to talk to people who like our music, it has been impossible to completely stay away from them. In the end, "Nobody Wants To Be Here And Nobody Wants To Leave" has so far been our most successful album both critically and commercially. Don't get me wrong, we're not playing stadiums or getting the opportunities that hyped up bands who won't be around in a year or so get offered. But we are playing to rooms full of people that give a fuck about what we do. No matter if that's 100, 200 or 800 capacity venues; that's all I've ever wanted. The goal for me from day one was to turn up to a venue and there be a collection of people there that are excited about us being in their town or city. From our time touring, I believe this new record has helped that happen. It's an experience that's made us hungry for more. We are still very ambitious and want to keep moving forward and that means getting more people to come to our gigs. We're prepared to work for that though, as we've proved with our most recent touring schedule. I feel the moment you settle on something after achieving your goal or are content with where you are its time to give up.

So this in turn leads us onto the last single that will be released from the record. "It Never Was The Same" was always going to be a single from the record. When the record was finished we all unanimously picked it as a single. We thought it would be a really cool 7" single. Something else happened to make it a very special 7" single as well........

We are all massive fans of The Cure. They are one of the biggest influences on our band. We found out Robert Smith was a fan of our band through Stuart [Braithwaite] from Mogwai. Just after the release of our second album he had sent Robert an email saying there was a band from Scotland that he thought he'd like. Robert responded saying he was already a fan. We sent Robert the new record and he replied "IT IS BEAUTIFUL". We knew we wanted to have a special B-Side for the single, so Andy asked Robert if he would be up for doing something with us. Amazingly, he said yes and covered "There's A Girl In The Corner". Hearing someone that is basically one of our musical heroes cover one of our songs and sing the words that I wrote in my bedroom is one of the most amazing things that's happened to us.

As we head into the summer and festival season we have a few things in mind to focus on:

1) Make an impression at every festival we play and show people we belong on those stages.
2) Book our biggest gigs to date and play the best The Twilight Sad set yet.
3) Album No.5

Here is the video for our new single "It Never Was The Same" by the very talented people Hand Held Cine Club.

DiS at The Billboard Awards 2015 in Las Vegas