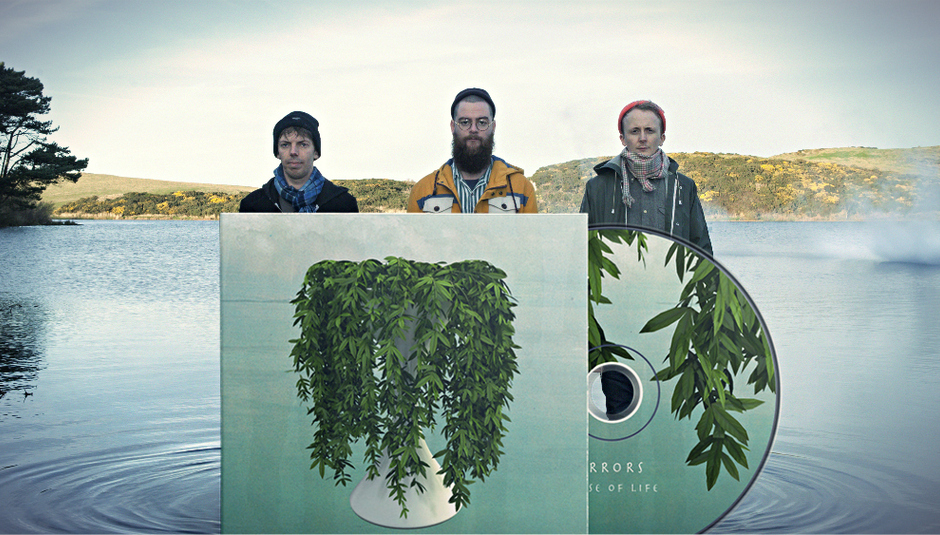 DiS-favourites ERRORS return with a fangasmic 4th album, which you can stream in all its glory right here.

With their 4th album the Scottish electro-ish trio have done it again. If you thought Have Some Faith in Magic was just some DFA fanboys rollicking around with their synths, then maybe this follow-up is not for you (and you're clearly a bit wrong in the head, pal). If that sounds like idea of a discoball-packaged praline liquer then step right up.

We could pretend to know all about the record, but we've only heard it a couple of times, and as fun as inventing nonsense genres like 'post-space-disco-rock' is, here's what they (i.e. their 'people') had to say about it in the press release:

Lease of Life is the follow up to Errors’ critically acclaimed 2012 album Have Some Faith In Magic. Formulated on the Hebridean Isle Of Jura - the location where George Orwell wrote Nineteen Eighty-Four and the place where The KLF are rumoured to have burned a million pounds - it’s a bold work borne by the confidence and ambition of a band with a desire to combine the exploration of fresh soundworlds combined with their most accessible, immediate songwriting yet. Lease of Life is also the band’s most cohesive album statement to date: a start-to-finish experience that’s bound by recurring constituents and accomplished craft.

Without further ado, this is what it sounds like:

The album is out on Monday, and you can find pre-order links via the Rock Action records (yes that's Mogwai's label) website.

You'll find more dates and tickets over on weareerrors.com but for now here are their upcoming UK dates:

Lastly, here's a reminder of how ruddy ace they are live, from their performance on the DiS stage at The Great Escape a few years ago: