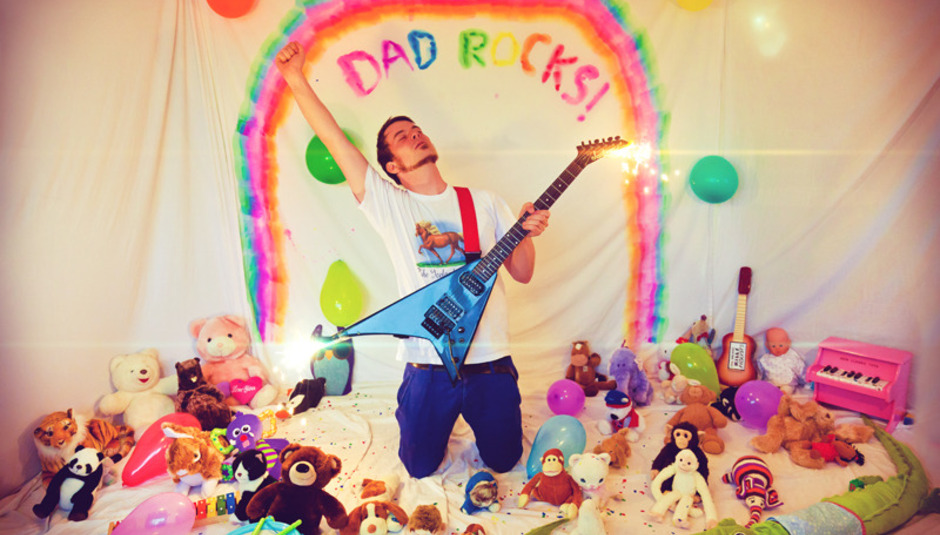 So You Wanna Start An Evolution? Dad Rocks! on the joys of filesharing

"File sharing has been a hot topic in recent years when it comes to talking about how music is found, spread and consumed. But many of the familiar arguments are decreasing in relevance as music listeners migrate to paid streaming services and stop focusing on ownership. At the same time, music law is lagging way behind a growing culture of creatively engaging with music, and organically spreading it, via things such as DIY remixes and fan-made videos, shared via social media and various upload platforms. So, is it time to update the debate? Snævar Njall Albertsson, aka Icelandic musician Dad Rocks!, does exactly that, as he releases his second album Year Of The Flesh."

"In recent years, streaming services like WiMP and Spotify have gradually become the preferred platform for consuming music, with less of a focus from listeners on “owning” music as CDs or MP3s. The effects of legal streaming services have rippled out into file-sharing - studies in Sweden show that 9 out of 10 Spotify subscribers download songs illegally less often than those who don’t subscribe, whilst overall digital music consumption grew 13.3% in 2013 alone. There has been a notable 51.3% increase in subscription streaming revenues recently, with 28 million users (and rising) currently subscribing to paid streaming services. It is an ongoing mass migration, and another internet-led paradigm shift for musicians, labels, and the music industry at large.

But I think it’s important that the migration from torrents to legal streaming doesn’t kill the file-sharing debate. Because, illegal downloading is just one of many types of file-sharing. Another one is revealed by the emergence of tools that allow users to transform, remix and otherwise manipulate existing cultural artefacts, along with the evolution of platforms on which to share the results.

We’re living in a digital landscape where kids have grown up in a culture of online sharing, in which the laws around that sharing are based only on consumption and not creation. The current conversation on file-sharing emphasizes only copyright - ignoring and even criminalising positive, creative practices such as DIY videos, bootleg mashups, and fan-made remixes.

As a musician I’ve always encouraged the sharing of my music, and have therefore licensed all my songs under a Creative Commons license, which allows sharing on a non-commercial basis. I’ve even made music videos about why I think this pays off, and every once in a while, I get messages like this one:

”Dude, I have loved this album like crazy for the last 2 years, but have been too skint to ever buy it. TILL NOW, thanks to a new job and the purchasing of a turntable I have finally paid my dues. Thanks for letting me freeload for so long. P.S my 4 year old daughter is also a huge fan.”

I also encourage interaction with my music. Remixing and sampling is a practice that involves copying bits and pieces of a song or a recording - which, under current dominant copyright law, is an illegal act. So why do I encourage it?

The answer runs deep, but it’s worth explaining, so please hear me out. Today we’re constantly faced with product placements and ads offering us stuff we don’t have, with politicians seemingly looking at us more as a mass of passive consumers than a community of creative individuals. It’s becoming our main role and purpose in society to sustain the current economical system. And every time this system is destabilised by some event thousands of miles away, we’re asked to pull up our credit cards from our pockets and spend in order to help fix it.

With a rising distrust in political institutions, and a feeling of disenfranchisement at flawed voting systems, it seems that the market has even become the place where citizens try to exercise their political power, by buying fairtrade, organic, local and so on. We’re voting in the supermarket, and we’re participating in society through consumption only. In general, there seems to be a greater need than ever to participate in society, but this somehow translates into this unsatisfying model of “political consumption”.

Take this as the cultural context for the file-sharing debate, and it becomes apparent that activities like remixing, covers, and other forms of creative engagement are ways to break the deadlock. In a way, it’s a more radical form of political consumption - as well as altering copyrighted materials, it also challenges established laws by altering the meanings, understandings and symbols that the source material embodies. You see, the cities we move through are already constructed, and the products on the shelf are already finalized: meanings are already immanent in the structures and artefacts that surround us. Everywhere we go we’re faced with products that are only meant for consumption. In airports, cafés and stores we’re presented with songs through the speakers and images on the screen, and even though they’re products we didn’t ask for, we’re not allowed to touch them or play around with them.

Ironically, the tools to do this are available on most of the new computers, so the possibility to collectively participate in shaping our cultural landscape is available on a mass scale. Practices of creatively adapting images, film, and music are becoming a new way to communicate – Lawrence Lessig, founder of Creative Commons, even calls it a new form of literacy. Remixers are converting established symbols into a toolbox from which to create their own lexicon of meaning.

This creative practice is challenging our political system, and is unfolding outside of any legal framework. Remixing holds an immanent wish for greater flexibility in copyright laws, a loosening of the individual’s rights, and a need for active, lively participation in the creation of culture, and its meaning, through aesthetic practice. Taken like this, the musician’s recorded output isn’t the final result. It’s not an end of a creative process. Rather, it serves as a starting point for new activities.

”What matters is introducing a sort of equality, assuming the same capacities, the possibility of an equal relationship, between me – at the origins of an arrangement, a system – and others, allowing them to organize their own story in response to what they have just seen, with their own references.”

Reworking products in a creative process challenges the passivity of consumption and commodity as the citizen puts cultural products to work through remixing and editing. The consumer steps into an active mode, where creating new meaning, or commenting on the original product and the culture that surrounds it, becomes possible. It’s a reappropriation of language and action, and a step towards broader inclusion, participation and a greater deliberative democracy. It’s about taking steps, however small, toward establishing processes that allow us to pass from a consumer culture towards a culture of activity, engagement and reflection.

I have tried to take these questions and theories by the horns in my own process. When the first Dad Rocks! album, ’Mount Modern’, was released, we asked our listeners to help us create a remix for each song from the album, which we later released for free as ‘Mount Remix’ on our Bandcamp. We wanted to include our listeners in a creative process and open up to different interpretations of ours songs. It wasn’t about a qualitative aesthetic evaluation of the contributions, but more about a democratic inclusion of the listener as a creator. Some remixers were doing it for the first time, whilst others were very experienced - but to us it was just about inspiring others to create, and hopefully to continue to create in the future.

With our new album ’Year Of The Flesh’ we took this a step further, asking our listeners to get in touch if they wanted to record their own vocals and lyrics to one of our new songs before they were released. We wanted to give our listeners a foundation – an arrangement - upon which they could build their own meanings and create their own songs, without ever having heard our version of the melody or lyrics. We called this collection of songs ’Year Of The Fan’ which is also available for free on our Bandcamp. We received a lot of lovely songs from all over the world, including a contribution from a 9-year old boy from Germany, who wrote about how he wanted to be at home and play Minecraft instead of being in school. He sang:

’The village I’ve built. Sheeps and cows. The trees and the grass. I take a swim’

Now, we’re a band with a modest following, and the mentioned projects were modest also, with about 15-20 participants for each project. This is not going to change anything on an institutional level. But who knows - maybe this article will inspire a handful of other bands to do the same.

So, why not let listeners participate in your music, be inspired by it, take it and use it as a tool in identity formation processes through creation, whilst all the time enjoying and spreading your work? In a digital landscape where music services pigeonhole listeners within narrow brackets, with suggestions calculated on listening habits, it could actually create a passion for your project if you instead involve the listener creatively. For example - one of the participants in ‘Year Of The Fan’ wrote a lengthy article about the project in a webzine.

We can even consider this on that larger, societal scale – if you allow people to relate actively and interpret your work, you’re also allowing different reflections on music, ownership, products, and culture in general. Reflections that people can use in communication and in dialogues with others - all of which together form a precondition for healthy societal involvement and personal growth.

P.S. I’d like to extend this invitation to engage with my music to the readers of Drowned In Sound. If you would like to get involved with my work, here are the stems for the file-sharing-related track “Peers”. Don’t hesitate to be in touch with me on Facebook or Twitter, to ask for stems for another track, or just to talk it over or whatever - and I can’t wait to hear the results! :) 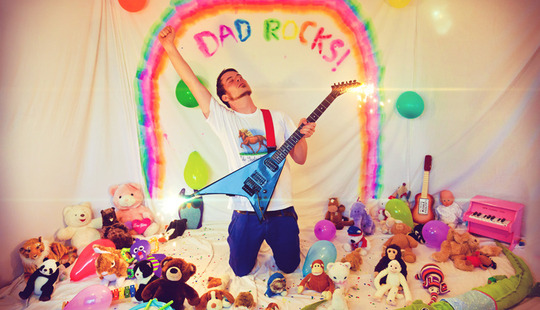