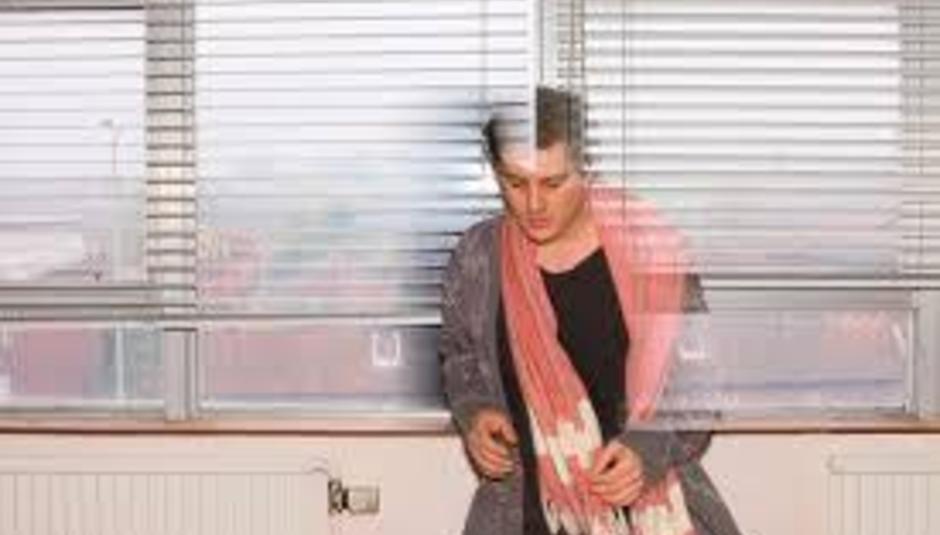 DiS meets Luke Abbott: "You get bored... and you want to play with something else"

Never seen too far away from his arsenal of synthesisers, laptops and drum machines, Luke Abbott could be mistaken for just another faceless bedroom producer type. But that would belie his dry, sardonic sense of humour, his openness (which you don't often come across in the techno world, incidentally) and his talent for making genuinely evocative electronica. After a few low key releases in 2006, the James Holden helmed Border Community picked up on his swirling, hypnagogic synth based music and released his debut album Holkham Drones in 2010. Now, four years later, after a few brief releases inbetween, he's back with a new record, the beautifully trippy Wysing Forest...

Was there anything different in the way you worked on Wysing Forest comapred to Holkham Drones?

Pretty much everything, really. When I was making this album, I didn't think I was making an album - I had no plan for what I was doing, it was just a project which I'd embarked on with the intention of building up a body of work, without knowing what I was going to do with it. The idea for the album came later on, and it was really based upon the fact that me, James and Gemma from Border Community really liked that body of work - it had a kind of magic about it, which is quite hard to capture, and became this thing that kinda transcends recording into being something that you're quite in love with. When that happens, you have to go with it - you can't plan for that, so when it came to putting a record together, we all just thought 'this is it - it's weird, but fuck it'.

Do James and Gemma at Border Community influence much of your stuff?

They're good friends! We have a very co-operative working relationship, in lots of respects. I don't know if they influence me or my writing, but then again what does? I don't know how that works! I mean, me and James talk about music an awful lot together and we share the same ideas I think, even if they're quite vague or quite high concept. Even practical, technique kinda stuff - we talk a lot.

The last we heard from you were the duo of EPs on Gold Panda's Notown Records label - how did that all come about?

I'd made that track 'Modern Driveway' and just thought it'd be nice to put it out because it'd been a while since I'd done a record! I realised I had enough tracks to put together an EP, and I really like EPs, I think they're the best format for music in some respects - like 5 or 6 tacks - it's enough to build a little world, and you don't run into the same problem you have when you're doing an album. Trying to structure something that's an hour long is different to structuring something that's 20-30 minutes. So anyway, Derwin basically said that he would do it, as I'd been talking to a few people about releasing stuff, but it's much nicer when one of your mates puts out one of your records! So we just did it, and then Modern Driveway became pretty popular - it totally landed on it's feet, so I managed to put out a second one, which was more of a different thing. Career wise, it probably would've been a bit more sensible to do another one like Modern Driveway, to ride on that success, but it's not in my nature to do that type of thing! I just wanted to put out something that I liked, which I guess is a bit like this album - it's not the most commercially viable record ever, but it's easily one of the things I feel best about making.

I read you were listening to a lot of jazz when you were making the new album...

Yeah, a fair amount! I got into it a few years ago when I was making the record - I had this deep fascination for spiritual jazz stuff, and it's just because the recordings seem to be about capturing something that's quite free, and transient. I suppose they have an enigmatic energy - the records themselves were about trying to put something out that's in tune with the universe, and something that transcends stuff like the music industry, and commerce, and is just about people using sounds to try and get in touch with some kind of truth about existence, which is a really pretentious thing to say, but it's just a beautiful notion. If you can strive for something like that, it's better than striving for what most of the music industry seems to aim for, which is internet traffic or something.

Has your studio grown at all? Or was it more or less the same gear you used to make Holkham Drones? I always geekily eye up your tables of gear whenever our paths cross on the live circuit!

Haha, I suppose the most important part of my setup, which it always has been really, is my computer. There's a lot of fuss that people make about the modular analogue stuff, and a lot of people write about what I do like it's just that, and it's really not. I have some modular stuff, yeah, but I have a bunch of other equipment as well. I tend to switch it around and change what I take out to gigs and I'm always using different things in the studio too - it's just like toys, you get bored of playing with one, and you want to play with something else! The main things I used on this record were my laptop, a modular synth set up to work like a 4 voice poly-synth, and a Dave Smith Tempest drum machine, which I really fucking hate actually - I don't think it sounds as good as it should do, considering how much it costs! But that was it- it was pretty stripped down, mainly because I was working in a field in Cambridgeshire, so I didn't want to take a whole studio with me.

This is the 'Forest' residency you did at Wysing Arts Centre a while back?

Yeah, that's the one.

How was that? How was the experience for you?

Well, I guess it was the whole reason for the album I suppose! It was great though, it was nice to be far away from everything, and have a lot of space - that was my biggest memory of it- distance from the real world. You know when you're in the middle of nowhere and you're just totally free? I like going there, I still go there now, it's got such a good... vibe - sorry, that's a terrible word to use!

Haha! The cover to the album is really nice - I always like the covers to your records, they seem to reflect the music so well. Was it Jack Featherstone who put it together again?

Yeah, he did the layout, but it was my girlfriend that took the pictures - we gave him lots of source material, and he came up with that beautiful colour fade and that multiple image stuff. We went out to the woods near my house and kind of decorated this tree, as we wanted to make it look like this ceremonial prayer tree or something - like something you'd come across as the result of some ritual. I had this big idea in the back of my head all the time I was at Wysing about nature, and this idea of nature being a thing that you pray to, as opposed to some sort of deity. There's a few bits of sculpture in the forest at Wysing which have that feel to them - this weird, mystical thing, which is something I really wanted to get across with the music.

Wysing Forest is out this week. 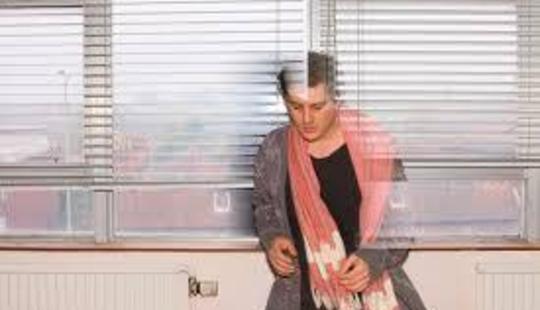