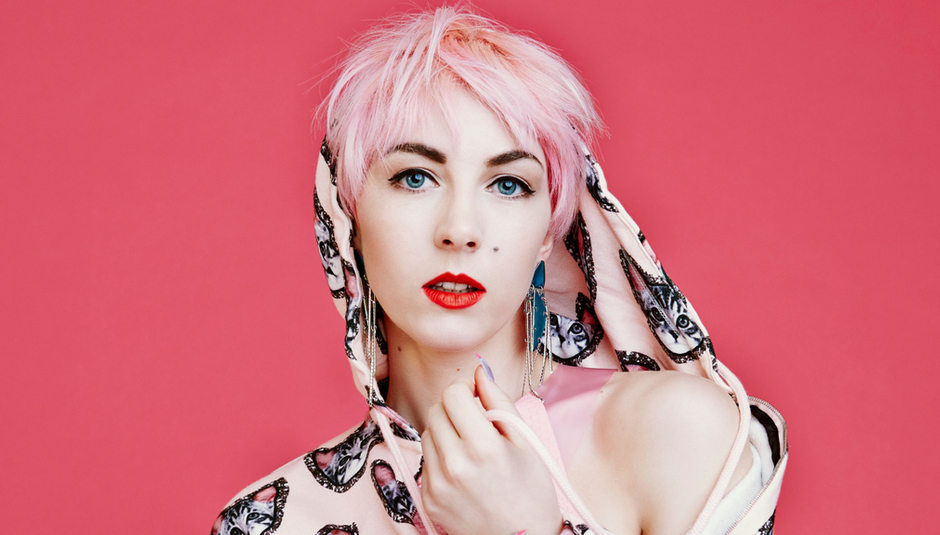 Shake your hips DiSsers because FEMME is b-b-back with a free Covers EP.

DiS has been blathering on about FEMME being one of the most exciting new acts around for several months now and if you haven't already had 'Fever Boy' stuck on repeat and didn't see her perform on our stage at The Great Escape, then now is the time to play catch up with this special premiere.

Over the next four weeks, FEMME will be dropping a series of cover versions of acts that have influenced her sound and aesthetic, each one from a different decade. To kick things off, we have her doo-wop-gone-a-little-electro-hip-hop version of the Shangri-Las 'Sophisticated Boom Boom'. "I only recently discovered that tune," FEMME admits. "It was a Shangri-Las tune I'd not heard before and I fell in love with it. And it's called 'Sophisticated Boom Boom' which is one of the best song titles ever imo."

FEMME is a one-woman creative powerhouse who incorporates music, art, film and fashion into a compelling art-pop package. Having come to prominence after fronting Radiohead producer Nigel Godrich's Ultraísta supergroup, an adventure that saw her perform on David Letterman and Jimmy Fallon, support Flying Lotus, and be remixed by Four Tet, Matthew Herbert and David Lynch, she's now best known for her sparky and sassy solo work, which is equally informed by '60s girl groups, MIA, Debbie Harry and Cindy Sherman.

FEMME recently dropped her 'Fever Boy' single to serious acclaim, not least from BBC 6 Music DJ Lauren Laverne and notorious celebrity blogger Perez Hilton, who were among the many people won over by her playful avant-pop aesthetic. Her unique, eye-catching style - she directs all her own videos and designs all the artwork, as well as writing and producing all the music - has also seen her attract the attention of various key figures in the fashion industry, soundtracking two Stella McCartney collections and being featured by French Connection, adidas NEO and boohoo.com global sync.

2014 has already seen FEMME pick up the prestigious 'International Emerging Talent' trophy at the MUSEXPO Awards in L.A., and perform on a stellar line-up at Coachella, kicking off a festival spree that will see her drop in at The Great Escape, Camden Crawl, Festibelly, Vida Festival in Spain and Amsterdam's Milkshake Festival. In between dates she'll be gearing up for the release of her debut album, and will release her next single, the electro pop stomper ‘S.O.S’, in Autumn 2014. Prepare to get hooked… thisisfemme.com

1) FEMME's guide to getting down
2) DiS' archive of tracks and albums to stream.