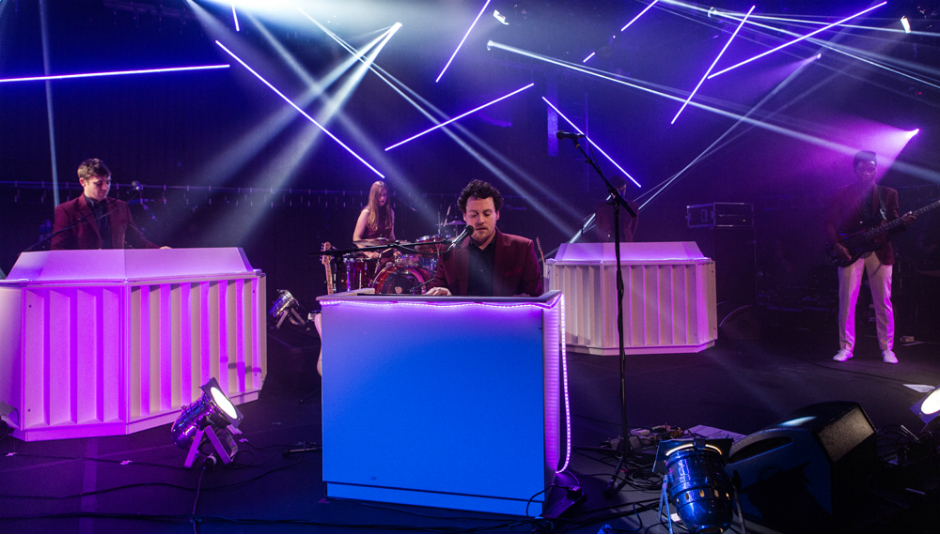 In the same week that the Brits heralded Ellie Goulding banging the drums like a malfunctioning mechanical monkey as the best music this little island can do, The Mercury Prize hosted its first session of the year with Angel Haze, Chvrches and Metronomy and it came as a welcome reminder that as a nation we’re not tone deaf.

Taking the stage in central London’s Hospital Club dressed head-to-toe in white to the deafening strains of the unrepentant, ‘Echelon (It’s My Way)’, Angel Haze has the demeanour, words and conviction of a modern day preacher. Backed by a full live band the tracks from her debut album, Dirty Gold, are possessed with an unbridled energy that can barely be confined in these sterile studio surrounds: ‘Black Dahlia’, a painfully honest track about Angel’s mother and troubled childhood, has her dropping exhausted to her knees and ‘New York’ reaches new heights with an epic breathless flow that erupts into applause. Joining the already bloated ranks of Kanye, The Weeknd and Katy B to cover ‘Drunk In Love’, it’s the only time Angel seems wrong-footed as her rhymes fall out of step with the band’s rhythm. Closing with her latest single, ‘Battle Cry’, Angel Haze is an artist that marches to her own beat and demands to be followed.

The bouncy puppy electro-pop of Chvrches seems more suited to gently nodding snap-back wearing crowd. With Lauren confessing that she’s not sure how much she’s allowed to talk, the band fly through ‘Gun’, ‘Lies’ and ‘Recover’ with seamless ease. Things only come to a juddering stop when Martin takes the vocals for ‘Under The Tide’, as unlike Lauren’s cool determination he looks like a sweaty deer caught in the headlights. Saying with her tongue ever so slightly in her cheek, “I hope you’re enjoying your televised Mercury experience”, Lauren ends their set with the still fresh, ‘The Mother We Share’.

Metronomy forged their identity on being a phenomenal live band that entranced audiences with only the visual aid of a night light, so it comes with crushing disappointment that tonight’s set leaves everyone in the dark. Starting with ‘The Upsetter’ – the opening track from their fourth album Love Letters – the paired down arrangements of just a drum machine and keyboards make the already starchy environment as stiff as their new Ron Burgundy-inspired polyester suits. It’s always a risk to play solely new tracks in a show and tonight this gamble doesn’t pay off.

Standout tracks from the album, ‘Month Of Sundays’ and ‘Love Letters’, falter as Joe struggles to hit the notes of the rousing gospel harmonies that could have benefited from a backing track. The band only really gel on the more traditional Metronomy instrumental tracks that have the members behind the safety of their keyboards for the futurist funk of ‘Aquarius’ and swoon of ‘The Most Immaculate Haircut’. As Joe mentions, this is the band’s first London show for the album. With a few more gigs under those high waistbands, Love Letters will should be as passionate live as it is on record.