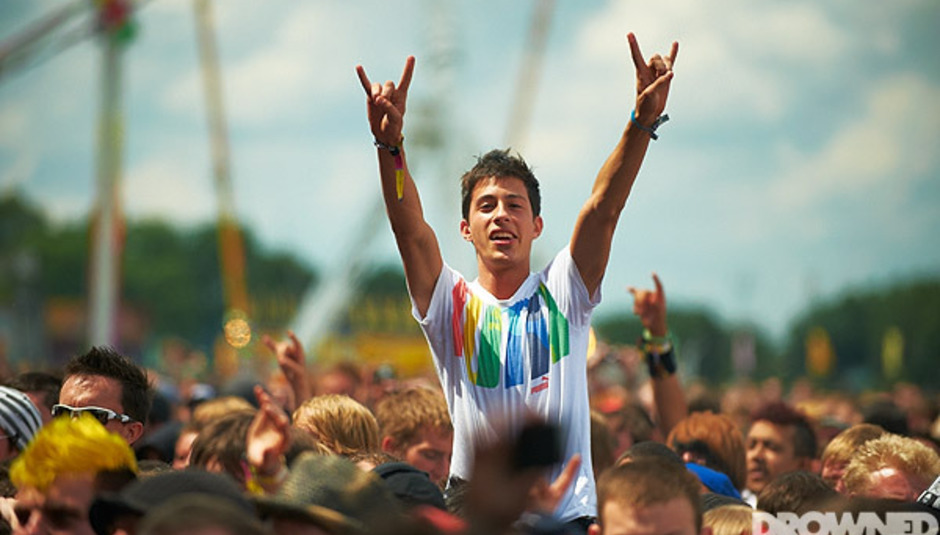 In this post we will show you how to receive notifications whenever your favourite musician posts a new update on Facebook.

We receive numerous queries in Drowned in Sound's inbox and it feels about time we publicly responded to a few of the recurring questions. The emails we get are from music fans and bands alike, and in this new series of "DiS Tips" pieces, we hope to shine a torch into the dark crevices where befuddlement can lead to infuriation.

One question that has been bubbling up again-and-again of late is a frustration from music fans asking: 'Where have all the updates from bands I love gone from my Facebook feed?' and as well as 'I don't want to see these f-ing Buzzfeed lists and f-ing stupid quizzes... where has Nick Cave gone?'. They're not the only ones, as artists wondering: 'Why are none of our fans seeing news that we're playing the Hound & Donkey in Dudley this Thursday?'.

Before we reveal some simple steps that you can take to counter this, here is a little bit of an explanation to help explain this mess we're in.

Algorithm's Are Not Your Best Friend

Firstly, to understand Facebook you need to realise that they use reasonably complex algorithm (Video: What's An Algorithm?) to chose what appears toward the top of your news feed. You may not be aware that your default Facebook view is set to "Top Stories" which means that each time you open Facebook, instead of what was posted appearing in chronological order, some clever mathematical science-ness choses what you see first. Whether it has been a day, a month or five minutes since you last checked Facebook, the site has made a decision about what it believes you want to see.

The equation that choses what appears is a series of ever-evolving secret formulas - they keep it secret to stop people from gaming the system. From reading numerous articles about Facebook over the years, what I understand about the process is that the people (actual humans who are your friends, colleagues, family members, the kid you sat next to in history class, etc) and the "pages" (musicians, brands, blogs, Grumpy Cat, etc...) that you interact with most often become the cream that rises to the top. Essentially, the more you click "like" on someone or something's posts, the more they appear.

For every positive there's a negative, and - much-like in the real world - if you don't "interact" (click the 'like' thumb-up, leave a snarky reply, etc) with someone they slowly vanish from your feed, and although you're still friends or subscribe to ("like") the brand-page, it's unlikely that you will see their updates unless they do something truly 'news worthy' that gets so many interactions that the algorithm believes you need to know.

As a user, you can modify what is and isn't in your feed, and you can even 'hide' posts from people you're sick of, without getting that phone call asking what they have done to be defriended (or more likely, them writing some petty post or perhaps an abusive tirade about you, which is the exact reason you hid them... and the circle of life continues... Facebook probably has an algorithm for posts that it believes are clearly some semi-mental person shouting into an abyss...).

Amongst your favourite people who always crop up at the top of the pile, you may notice so-called 'sponsored' posts. Facebook is a commercial business after all (how else are they going to buy services like Instagram and Whatsapp for squillions of dollars?), and since they floated on the stock exchange a lot money is increasingly required for your post to reach the majority of your followers and friends.

There used to be an element of meritocracy. The people/pages who shared interestingness sparingly (all killer, no filler!), soared to the fore, but this has been seemingly replaced by a profit-driven business model, which only occasionally allows your message (and in turn that update from your favourite band about their new video or tour dates) to break through to the people who signed up to hear from you.

From my experience running pages for artists and using the Drowned in Sound Facebook page and be seen by far more people than that. Because of this, it's quite possible that you followed our DiS facebook page several years ago and haven't seen any posts from DiS since, none of which is either of our fault.

Money has become the silver bullet that breaks through Facebook's algorithm - this isn't such a bad thing if you have something to sell, and can invest in promoting your wares (As this piece by music marketing expert David Emery explains). For instance, this change means if a band just posts an endless number of nonsense photos, they can pay £150 (or so) when their new album is out, to ensure that their message cuts through to the bulk of their pages' followers.

(Side-note: To be fair to Facebook, their algorithm can be better at surfacing content of interest to the fore a little better than Twitter, which is very much a luck of the draw as to when you choose to load it it - and we've found that posting links to DiS' best editorial a few times spread across the day makes a big difference. There are billions of Twitter and Facebook stats to ingest, if you have a nerdy enough stomach for it.)

Give Me Newness, Now!

If you didn't know about the 'Top Posts' default setting and want to change that, there's one simple fix. To just see the "Most Recent" posts, you just need to log-in to Facebook and a the top of your feed click the word "SORT" so that a menu with the option appears, like so:

However, unless you only have three friends and are only following 2 pages or have a billion hours a week to monitor Facebook, seeing all the new stuff merely adds to the problem of being overwhelmed, which is what Facebook's fancy-pants formula attempts to fix.

Here is our simple solution that will ensure you never miss an update from your favourite bands ever again:

(Please note: These instructions are based on the desktop version of the site - sadly we couldn't find a way to do this on the mobile versions that we had access to.)

Type the name of an artist into the search box to load up a page you like (such as Drowned in Sound's page if you wanna get 4-5 posts a day from us with the best bits of DiS and some silliness) and then click the page of the artist (or venue or blog or whatever) that you wish to receive updates about:

You're done. As if by magic, the next time your most favourite artist posts an update, you'll see it pop up as a notification in the title bar like this...

Get Notifications About Your Friends

As well as doing this for pages, you can also get notifications whenever one of your best friends (and any 'public figures' you follow who have a user page, rather than a 'page'-page) post a new update, by going to their profile and doing a similar thing to the above, like so:

There's another lesser known function on Facebook which allows you to make lists of pages. What this does is creates one page where you have a feed of things on a given topic. The process of setting it up is similar to the above.

You can also subscribe to other people's lists if you can't be bothered to set up your own ones. I made this list of music websites, another of record labels on Facebook and this list of musicians that DiS likes.

Once you've made your lists, you'll find them in the left-hand column of the site. Occasionally, you will see your lists appear in your FB feed in a tidy cluster of three of the most recent popular posts.

Sean Adams is one of the co-founders of Drowned in Sound and remains editor of the site 14 years since its inception. He also runs CCCLX Music managing artists and releasing records by Ed Harcourt. Sean looks after the Drowned in Sound Facebook Page and if you have any questions, he can be found tweeting as @seaninsound.

Use the box below to discuss this article.