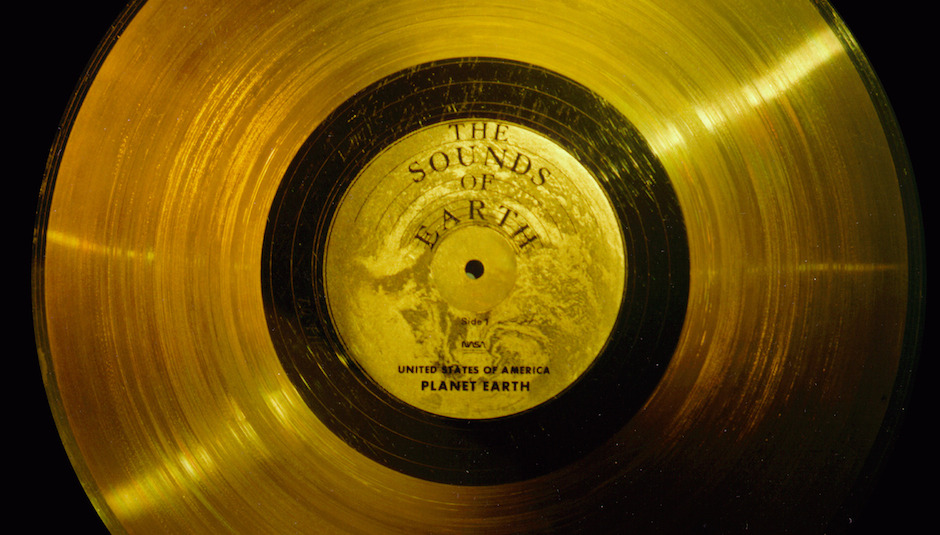 Mansun? Explosions in the Sky? EMA? The best things to hit our Editor's inbox in the past 3 months....

Every hour of every day, 50-100 emails tumble into my (DiS' editor's) inbox from musicians or their representatives. Above you can hear a SoundCloud playlist of the best tracks from of 1000s of hopeful emails I received in November and December 2013 and during the month of January 2014. Admittedly, with the site rebuild, Christmas and yearendageddon, I didn't quite make it through everything (it's an insurmountable task at the best of times), but once again, it was worth the time spent rummaging. This edition of Inbox Gold features the return of EMA, a new side-project from Eluvium & Explosions in the Sky, a fantastic new I Break Horses video (skip to the end for my YouTube playlist), something really delightful from a former member of Wu Lyf, and a debut single that has Mansun's Paul Draper on co-production duties.

To put this playlist together your grumbling editor suffered an awful lot of music that sounded like people who hate U2 making music that sounded a lot like U2 through an InstaBanjo filter. There was also a lot of stuff that was a 'bit Bristol in the early 90's and a slew of heartless laptopiary, but here's an hour or so of music to listen to or flick through that charmed these ears of mine and has the folks at DiS HQ excited about listening to forthcoming full-lengths...

The best way to grab my attention amongst an unending slurry of emails is to put the words Explosions in the Sky (y'know, those Texans who make hideously heart-breaking post-rock) in the subject line of an email, but when you follow it with the name Eluvium (who's made a series of glorious ambient-ish albums that I've adored) then you've got my full attention. Inventions is a new project from longtime friends, tourmates, and labelmates Matthew Cooper of Eluvium, and Mark T. Smith of Explosions In The Sky. As you can imagine if if you're a fan of EITS or Eluvium, the music which has resulted from this union is an ominous but also uplifting experience. 'Entity' is less a song and more an expanse of sound that has the feeling of a cathedral being raised from Atlantis. This is the first taste of their forthcoming eponymous Inventions album, which is due on April 1st via the Temporary Residence label.

"Satellites explores the places where everyone has equal access but is also under constant surveillance. A young westerner imagines life in the former Soviet Bloc. We fought the wars with information. Outer space seems very cold."

I know it hasn't been long, but we've missed you Erika M. Anderson - who's better known as EMA. Her brash, thrash-gone-grungetronica debut album Past Life Martyred Saints was one of the most incredible records of recent times and this first blast of the forthcoming follow-up The Future's Void (due on April 8th via Matador in the US and City Slang in Europe) is all kinds of awesome. She growls and the synths have that space-ship lifting off 'vibe' as the drums splutter like post-hip-hop riddims. Pre-order the album from Rough Trade or US readers can get it from the Matador store.

"Former member of Wu Lyf" isn't necessarily the most exciting thing to write in an email, but boy oh boy am I glad I listened to this glistening ditty. Tom McClung is the Mancunian chap behind the Francis Long moniker. His first official release since leaving the much-hyped masked Manc's is coming out via Atelier Ciseaux Records as a 7" that's limited to just 300 copies. If downloads are more your thing, pick it up from bandcamp.

"Former Mansun member Paul Draper" on the other hand is catnip for my attention. The Man behind one of DiS' all-time favourite albums Six, is involved in a new project named The Anchoress. Paul has co-produced the forthcoming album (no release date as yet) with Catherine AD (whom you may remember DiS sent for a lengthy chat with Nicky Wire and Tori Amos). 'What Goes Around' is one hell of an introduction, mixing epic Broadway strings with military drums, a sprinkling of Disney pianos, menacing slithers of riffs, and lyrics that make you fear ever messing with womankind. This is coming out as a 7" via the Too Pure Singles club in May and there's an album to follow at some point in the future.

Few comebacks have me quite as excited as the return of Phantogram. Much like Metric and their good friends School of Seven Bells (RIP Ben Curtis), they've always skirted the edge of stardom... or they have at least been threatening to become a massive electronic/indie/alt act, rather than a name that nerds like me shriek about whilst the sheeple continue to flitter from AlunaGeorge to whatever track Jamie xx has remixed today. With each release they've gotten a little less shoetronic and a little more hip-hop (perhaps that time spent working with Big Boi had a big influence, but it's fair to say the beats were always nestling not too far from their sweeping etherealgaze), and 'Fall in Love' is quite something. Bring on Voices on Feb 18th. You can download this tune here.

Meursault have been accepted to play at this year's SXSW but getting there is expensive. Watch this video and help get those awesome Scottish chaps to America:

Synths burble and purr, the winds blow the Northern (Disco) Lights and suddenly you hear Polly coo-ing these lines that seem not unlike romantic odes to the apocalypse. "I was the sunshine, behind your destruction" is the line that flew inside my head and wouldn't leave from this dizzying dose of electro-pop. It's as infectious and more-ish as kittens covered in candy floss, and Arrows the new Polly Scattergood album from which it's taken is equally delightful.

January has seen it rain beloved bands from the not to distant past. As each one trickles back onto the scene with new tracks, I get a little more over-excited about the year ahead... Gone is the shuffling sadness and the icy Broadcast-ish swoonscapes, and in its place is a jubilant sound. Lock up your misery, as it seems like White Hinterland's winter of discontent is over and this loop-pedalling lady is coming to make you dance-dance-dance.

We know you already know that DiS loves their new album (if you missed that, go read our review in the Recommended Records section). We know you've probably already bought it and love it too, but we wanted to include the new video for 'You Burn' on our playlist (below) for those who don't know what they're missing.

Blessa have featured in our Sheffield column a few times, including the most recent edition and after a quick click of the play button, you will soon understand why, as their scruffed-up indie-pop riffs and lullaby melodies drift into your ears. They have taken that fallen angel thing that Karen O does so well, and made it sound quintessentially British. Bravo!

Occasionally PR people send something over with so much information that you feel a bit blinded and skip to the next email. This must have been the case for a few years with Tycho, as I have no idea why I would have ignored this Tortoise gone electronic kinda thing for quite so long. The track we've included on the playlist has had quarter of a million plays, so I'm clearly not 'down with the kids' no more.

These soul-wounding Scots are busy making a new record. For some reason Fat Cat posted this on SoundCloud, and it would be remiss not to include it. They're playing Primavera and hopefully news of that new album won't be too long coming.

Those good folks over at the great blog Gold Flake Paint have launched a digital singles club. This chap from LA, who sounds like Elliott Smith swimming in the quiet-end of Sparklehorse's most lofi moments, is their first release. What a way to kick things off! Put your trust in GFP, and join their Beautiful Confusion download club.

Fans of The Divine Comedy, you can thank me later. A proper late night "jam". Oh Canada...

The follow-up to this soundtrack-loving, world-weight-carrying troubadour-in-a-digital-age's debut album is coming soon on No Pain in Pop. On this evidence he's crawled inside Beirut's darkest night of the soul and woken up in awe of the morning sun. Delightful.

You're probably aware that Metronomy have a new album coming.

The video for this which features Steve in a wedding dress is on the playlist below so we added the track to the SoundCloud playlist too.

Temples were my favourite discovery of festival season 2013. They were a lot of other people's too. Their debut album is out in February and it's fair to say it could be one of the world's favourite new bands of this year. And with their psych gone summery (think a more tuneful, less-Beatlesy Tame Impala), it's easy to hear why.

"Greetings from Lima, Peru!" is not how every email we receive at DiS begins. Maribel Tafur makes super-chilled "jams".

...And finally, you just knew this remix was gonna be good!

That's your lot this time. Happy listening/viewing, hope you find some good stuff. If you'd like to send me your tracks in future my email is just myfirstname @drownedinsound.com.

Watch the mighty Mogwai live in session for BBC Scotland