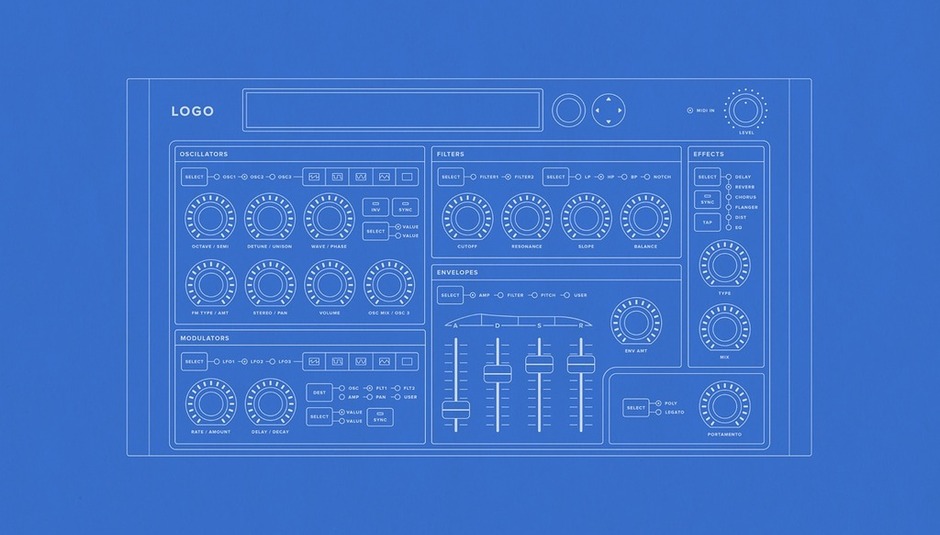 January 2014's Playlist: From Liars to Thumpers - A Flood of Fantastic

It starts with a trickle. A drip here. A drop there. And before you know it the tide is rising, the heavens are heaving and WHOOOOOSSSHHH!!!!! You end up knee-deep, and then suddenly you're desperately trying to avoid boxing yourself in with a metaphor that's very similar to the name of ^this^ website...

January is always filled with treats. There are some 'big things' that 'big names' (Brooooooce!) didn't want to unleash amongst the greatest hits and year end lists. Many a fresh new face can be spotted eagerly flinging themselves in the ring to be your most-favourite bestest new band-slash-friend (Femme, Thumpers, Temples, Menace Beach, East India Youth, Angel Haze and the not-so small matter of Chino from Deftones' superb side-project Crosses who debut album is a work of genius, but we'll have more about that in the coming weeks). Then there are those canny indie labels sneaking out records in January's relatively quiet period, hoping to catch you with renewed enthusiasm or even resolutions to keep up with the year's best music as it comes out, rather than playing catch up when it feels like the party is already over (hello Mogwai and Mr Malkmus, we see you!) (actually, major labels do it too, as there's new a Broken Bells record dropping this month) (and to be honest, with my label that I run alongside DiS, I'm guilty of doing this with Ed Harcourt too).

The best thing about January is all of those acts you already know and love teasing out tracks from forthcoming albums. There's that-there St Vincent, those Metronomy ladies & gents, them Liars chaps and the double-underscored in the diary new Wild Beasts album. It's perhaps "interesting quite" how many groovy synth-snaps you'll hear on these acts new tracks (ok, so so unexpected for Metronomy, we'll give you that...), not least on the new I Break Horses album (they've gone a bit early M83) and Liars' glitchy Battles-having-fun material, which both haven't been off of the DiS stereo so far this month. And blimey, if that wasn't enough, there's a new album from DiS-favourite Marissa Nadler that will caress all the places Lana Del Rey tried to reach and sweep all of you Chelsea Wolfe fans into a dark dreamland when July comes out in February.

2014, despite the weather, you're already a joy to behold... And if you lot don't believe us, shove on this Spotify playlist (we've exported it to RDIO too) - or below on SoundCloud - that we've made for you and try to deny that the year ahead isn't going to be the best year for music since, oooh, 2013...

Bloggers of the World, Unite: DiS picks Her Name is Calla for this month's free MAP compilation