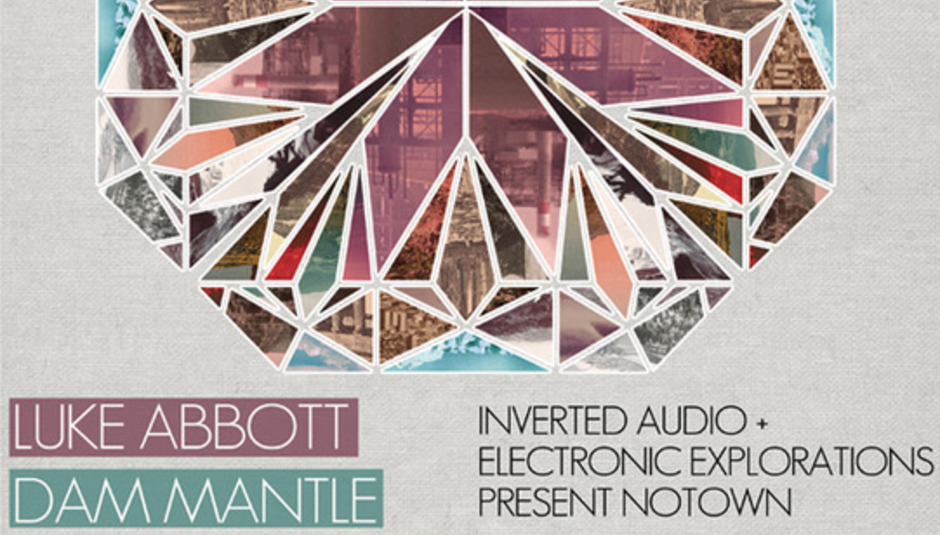 A new feature format on DiS!

We pick two artists, and they choose some songs for the other. Maybe they know eachother. Perhaps they are kindred spirits. Or in this case, they are playing a show together. DiS asks them to exchange their love and knowledge of music with the other. There's no death-match element (feel free to award indie points or say which you prefer or discovered the most from, if you so wish), it's just a one human to another human. Discovery, at its simplest and most direct. Meanwhile, we all get to be a fly on the wall and benefit from the choice choices. Of course, if you have suggestions of music for either act, you can chip in, in the comments section below.

To kick things off, we've asked two of our favourite British electronic whizz-kidz who are both signed to Gold Panda's Notown label, to make a YouTube filled mixtape for one another, ahead of their show together tomorrow night in London. There's a poster below but to sum up, the gig is a NOTOWN Records label showcase at Elektrowerkz in Angel with Luke Abbott, Dam Mantle, Wesley Matsell and visuals by video artist Dan Tombs on Saturday 6th April (Facebook event page).

And here are their mixtapes...

"Pick a track the other artist might not know"

Not a specific track but this is a pretty amazing recording of the great Soft Machine sounding strong with an extended horn section on French T.V. in 1969.

"Pick a classic song you'd love to hear them cover"

I can't imagine how you'd go about doing a cover of it, it's a classic nonetheless.

A jam... I toy around with from time to time - can imagine you could do something interesting with the palette.

"Pick a track you'd love to hear them remix"

You wouldn't be the first, of course but could be and interesting one.

"Pick a song the other artist might not know"

This) is less a 'song' and more of a game. It's a rule based system for improvisation. It's amazing.

"Pick a classic song you'd love to hear them cover"

I love this Depeche Mode track, there's an amazing remix by Shep Pettibone too. If i could sing at all I'd probably try and cover this myself, but I can't so that's not going to happen.

This is a track from my most recent record on Notown, most of that record is live takes, this one was recorded straight to tape cassette, which is part of the reason it's got such a strange muted quality about the sound. It'd be interesting to hear a reinterpretation because the track is more about sound texture than anything else.

"Pick a track you'd love to hear them remix"

I couldn't find a full youtube video of this piece, but 'Mask' by Marko Ciciliani is totally amazing. And there's so many incredible noises in it that I think it would be a lot of fun to remix. It's done with a no-input mixer, which means all of the sounds are generated through circuitry feedback.