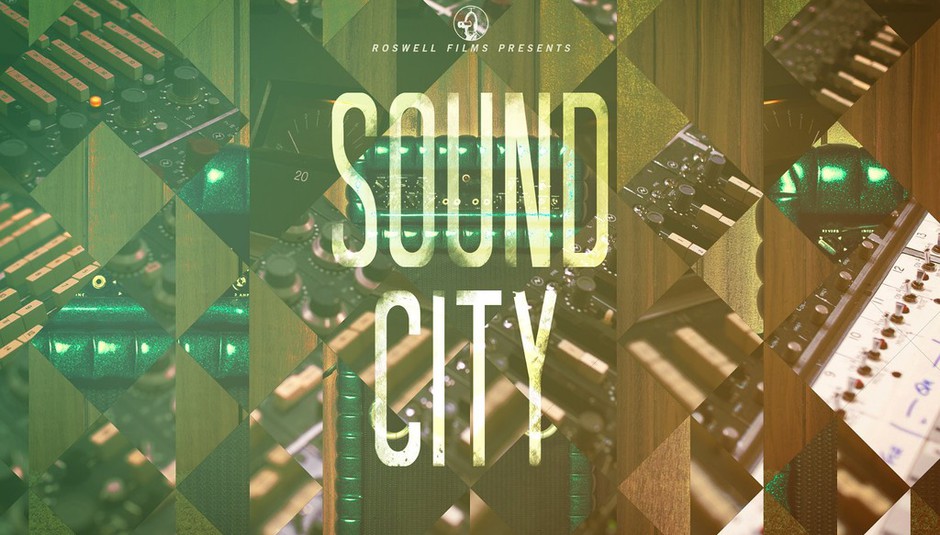 Last night, I saw the first UK screening of Dave Grohl's directorial debut, Sound City. The documentary tells the story of the legendary Sound City studio in LA where Nirvana's Nevermind, Fleetwood Mac's classic Fleetwood Mac, Rage Against The Machine's debut and several thousand other albums from Barry Manilow to Arctic Monkeys' Suck It And See were recorded across decades of scuzzy mayhem. It's essentially a love story, in which the main character is a 40 year old mixing desk with a great sound, and where all the sex scenes are 50-something rock stars having a bit of a jam together, a view given credibility by many of the faces they make mid-solo.

The screening in London's west end was introduced by St Dave himself, flicky of hair and flashy of grin, who hung around for half an hours affable Q&A afterwards. Here's ten brilliant things we learned from both the film and the man who made it.

1.) Sound City is genuinely great. It's a film stuffed with love and enthusiasm for the art of making music, the weird chemistry that creates it, and the skill it takes to capture it. Grohl clearly loved the titular studio, and his subjects can be split between those that loved it too (Rick Springfield, Stevie Nicks, Tom Petty,) those that love Grohl (Josh Homme, Trent Reznor) and those that just love the sound of their own voice (Lars Ulrich, obviously).

2.) There's a weird alchemy to making music that can't always be explained. The drum room sounds amazing, but no-one knows why. Grohl, bandmate Pat Smear and former bandmate Krist Novoselic jam with Paul McCartney and its ace, "I wish it was always this easy" says Grohl, "It is, isn't it?" replies a bemused Macca.

3.) That said, the Black Rebel Motorcycle Club song (with Grohl on drums) that closes the film is better than the Macca one.

4.) Grohl's biggest disappointment with the movie was failing to make a mooted collaboration between Weezer and Barry Manilow happen.

5.) Dave Grohl's Mum (sorry, “Mom”), an English teacher, sat him down and explained why the structure of the film was all wrong, so he changed it.

6.) There's a bit where he plays the drum part from 'Smells Like Teen Spirit' that makes you all tingly.

7.) Rage Against The Machine recorded over half their classic debut on a single night, live, with an audience of mates in the room.

8.) It took four hours to dismantle the legendary ‘Neve’ desk, which is so beloved it’s basically the main character in the film. Grohl bought the desk when Sound City closed and rebuilt it in his home studio. It then took several more hours for “a guy with a toothbrush” to get rid of all the “cocaine and fried chicken”.

9) Speaking of the Neve desk, creator and “fucking genius” Rupert Neve, an elderly English electronics engineer, explains to our Dave exactly why it sounds so good. It’s the best bit in the film.

10) Advances in audio technology arguably killed Sound City, and the middle of the fillm deals with how technology has changed the experience for bands. Someone in the audience asked Grohl if he was worried that future generations wouldn’t have the experiences he had as the studios disappeared. We'll leave you with his answer.

“The future of music is people, it has nothing to do with technology. It really doesn’t if you think about it. There was music long before there was electricity, and there’ll be music long after all of us have gone. It’s not going to go away, you’ll always be able to find it. It’ll be in the fucking pub down the street, or on the side stage. Music is an entirely human experience... my six year old daughter has it the same today as you had it 50 years ago. That’ll happen forever, it’s a matter of connecting emotionally to music. As long as theres still people with instruments, in your face, singing about something entirely real that you connect to, then... well, we’re fine”.