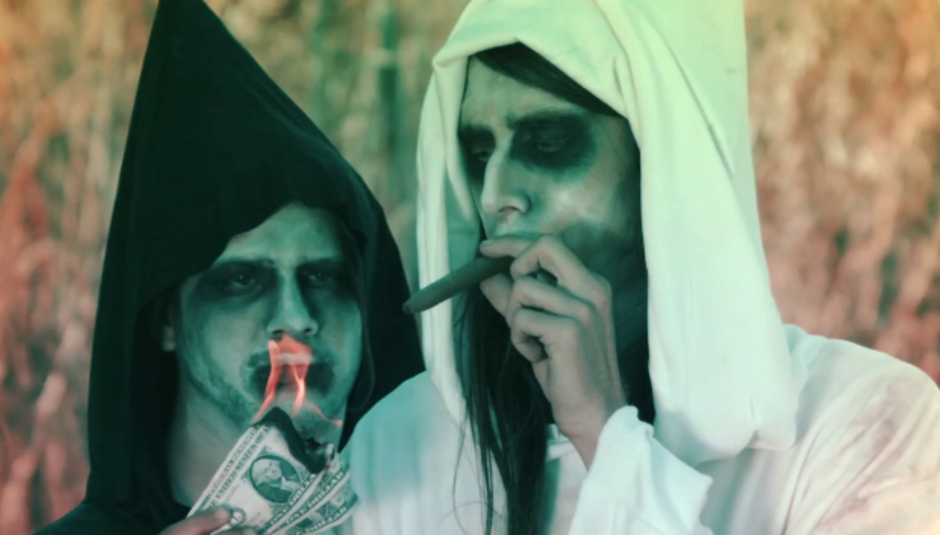 Two Gallants have a new album out, and to promote it the petrol-soaked duo have a video for the first single from the album 'My Love Won't Wait' and HERE IT IS AS A SPECIAL DIS PREMIERE! (apparently not writing anything about a video when you share it is now the done thing. I find it seems quite lazy when people just write a sentence, and don't really tell you anything about the thing you're about to watch. Sure, I could describe the music as sounding like it's on the Bright Eyes side of the White Stripes railroad tracks, but as soon as you click play you'll hear the thrash-y blues and the emo ache for yourself. I could also choose to mention that the video has a gorgeous filter on it, and that it was directed and produced by Vice Cooler, who's in the bands Hawnay Troof and Xbxrx. I could, if I so wished, add a little note that he's made vids for Feistodon, Deerhoof, Male Bonding, Peaches and more, but you could probably just Google all of that with all that time you have on your hands. I could probably give you my interpretation of the bands new album, the video and the song, but why the hell would you want to read that when all you wanna do right now is watch the video?).

The album The Bloom and the Blight is out now on ATO Records (US & Canada), Fargo Records (Europe) and IndoChine Recordings/Warner (Australia). And you can grab a copy from twogallants.com.