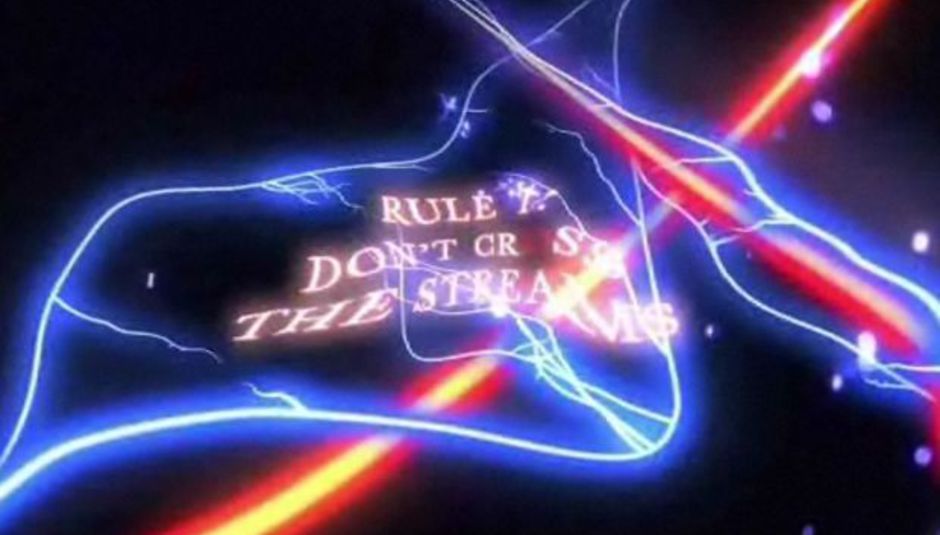 We know September's not over, not over, not over yet! However, we have so many things that we're loving at the moment that we thought, instead of putting them all on single pages for you to flick through, we'd do what we have been trialling for the past few months and dump them altogether in one page that you can bookmark and come back to. We've (I say we, this is obviously written by one dude sitting at a desk with sore shoulders and a cold cup of coffee) even secured a few premieres for this months digest 'column' and changed the format a tiny bit, not that you care because you probably didn't even read this words, you're already off down the page bashing play and raving your face/OFF.

This month as a playlist:

Let's kick off with a video premiere! This is the new video from Exitmusic, who by rights should be one of the most talked about bands of the year. There is definitely a lot of love out there, some of which we saw pouring toward the stage when they played a London show for DiS earlier this year, and we will have the footage of that online very soon! For now, here is their video for the glorious space-gaze tune 'Modern Age'... Oh, and if you're wondering why you recognize the singer lady in the video, that's because Aleksa Palladino also moonlights as an actress, and has been in things like Boardwalk Empire, Manny & Lo (yes, the movie with Scarlett Johnasson) and The Sopranos.

"FROM THE INSIIIIIIIDE!!!" is exactly the sort of thing you expect to hear Chino Moreno yell in that lily-white tone of his. It's impossible to put into words just how their songs erupt inside my noggin, and the little trickle of glee that seems to ebb down my spinal column when their songs kick in. Deftones will always be the most forward thinking band in rock/metal, and will probably always be three steps away from crossing over, because far too many people think that 'nu-metal' was all mindless music by skateboarders with no imagination. It's these same people who go around bigging up Mumford & Sons, and then wake in cold sweats realising what they've done, and then forgetting all about it and bigging up the next half-cooked turd, and the next, and celebrating some posh-kid posing as a street urchin, and then pretending they've always loved TLC and didn't spend the last decade chasing after rag-tag Leather-teens... These trend-chasers turn around so many bends that they have no idea who they really are, and you can give them a proper mental breakdown if you remind them that people have made music for thousands of years before the Beatles even existed...

Anyway, the fact that Deftones have stayed true to their war with darkness is incredible. They've continued to define and redefine the edges of who they are, but they rarely stray too far from who they already knew they were. It seems they still manage find room to evolve their uplifting evilness. Their music is still something that makes me goosebumpy and giddy.

Hype can indeed be a dangerous thing, but it isn't ALWAYS totally wrong or without merit. We hear the chap who recently left Twilight Sad has teamed up with one of Aereogramme and a lady who used to be housemates with one of our messageboarders. Earlier this week, they took the Twitter-net by storm. The Guardian, Popjustice, even people from NME were going 'Cor!' and 'OH YES!' and then I was all like 'oh yeah, I see what you mean, this isn't rubbish, it's like Paramore dipped in Crystal Castles lite moments' and they were all like, 'oh...', and I was like 'YEAH!' Then there was a silence. Then we wondered if it was Chvrches with a V or a U and the world continued to spin.

Speaking of The Twilight Sad, I/we premiered this incredible Liars remix last week, just after they were robbed (YES, ROBBED!) of a Mercury Music Prize nomination.

Whilst a rhythm is rumbling beneath your soul and the ambers of your next hangover are stirring, here's something that can only be talked about in terms of scale - it's the big large massive huge GINORMOUS new tune from Stay+. He was superb at DiS' Summer Sundae stage earlier this year, and we guess a new track might be a sign that his debut album is finally on the way, but we won't hold our breathe, we'll just close our eyes and wave our arms around a bit at our desk.

Sending you off in a totally different direction, but perhaps just as humungous is terms of scale is this video which we premiered last week from Erased Tapes' sadness sorcerers....

He's produced records for Bjork and Feist, he runs the Bedroom Community label which is home to the likes of Ben Frost and Nico Muhly, but he's also an incredible musician in his own right. His debut album sat somewhere in the loft of an electronica night, with bassoons and strings dripping into gentle digital river of sound. Then there was Draumalandið and for his next record Architecture Of Loss, which is out next week (grab your copy here) and he's turned off the computer and gone straight for your heart with strings. The result is, as you can, rather downbeat but delightful in ways that you'd expect from an Icelandic man with such a resume.

The Tone Of The Number 5

This 'ambient' track was premiered in this month's Armchair Dancefloor column by Si Truss, and it really blew me away in that gentle way that great ambient music does. For loads more of this sort of thing, check out the neo-classical/ambient thread on the music board.

It was great to get an advanced copy of Stumbeline's debut LP in the post the other day. Thank you very much for that Monotreme! If you're not savvy to their ways as yet, think what School of Seven Bells might sound like if they replaced some of the shoe-gaze gorgeousity with post-dubstep slumber. Or think M83's dreamier stuff, with a subtle hint of RnB rhythms. If you like this, there's lots more over on her Soundcloud page.

Her new LP is out. It's magnificent. The track 'Manhattan' toward the latter half of the album might be the greatest, most Cat Power-est thing she's ever released. This, the song 'Cherokee' opens the album, and she's gone and done a sci-fi-zombie Chan of the Dead video for it.

Seeing how this cropped up online again last week, I'll leave you with that Nicolas Jaar Essential Mix, which opens with talk of Twin Peaks and just gets better and better...