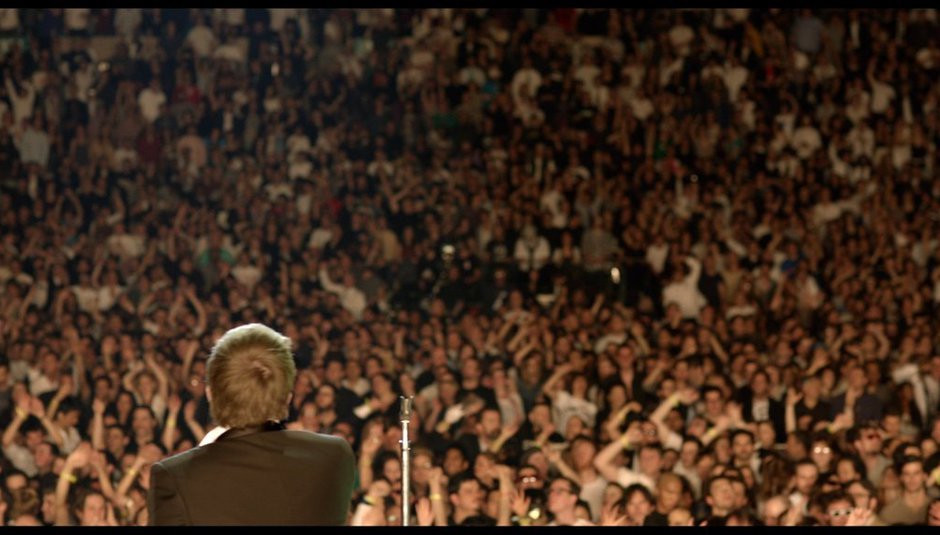 Win! Tickets to LCD Soundsystem Shut Up And Play the Hits London Premiere!

DiS has a very special competition for LCD Soundsystem fans...

We've teamed up with Pulse Films to offer one DiS reader, and a friend, a very special night out in London, to see the premiere of Shut Up and Play the Hits, the incredible documentary about James Murphy's final show at Madison Square Garden (which DiS' Krystina Nellis gave a rave review after seeing it at Sundance).

On 2nd April 2011, LCD Soundsystem played its final show at Madison Square Garden. LCD frontman James Murphy had made the conscious decision to disband one of the most celebrated and influential bands of its generation at the peak of its popularity, ensuring that the band would go out on top with the biggest and most ambitious concert of its career. The instantly sold out, near four-hour extravaganza did just that, moving the thousands in attendance to tears of joy and grief, with NEW YORK magazine calling the event “a marvel of pure craft” and TIME magazine lamenting “we may never dance again.” SHUT UP AND PLAY THE HITS is both a narrative film documenting this once in a life time performance and an intimate portrait of James Murphy as he navigates the lead-up to the show, the day after, and the personal and professional ramifications of his decision.

Drowned in Sound has secured a very special prize for you. We have a pair of tickets to the red-carpet premiere of Shut Up and Play the Hits, which takes place on September 4th in London, and will be followed by ‘An audience with James Murphy’, where the man himself will be taking questions. Plus we will also get you passes to the after party, sort out your travel and the folks from Pulse have also kindly booked the lucky winner a night in a London hotel.

There can be only one winner, but we have secured some goodies. We'll pick two runner's up from our favourites and drop you a line.

You simply need to submit your own LCD-inspired poster. It could be for the movie or a line from your favourite song or some glorious minimalist art. All we ask is that you use your creativity to wow us, and submit whatever you've done as a Jpeg (or an animated .gif if you're feeling fancy) as a link in our comment section down below by 3pm on Sunday 2nd September 2012. Winners will be notified shortly after.

Keep an eye on our Facebook, as we'll be sharing a gallery of some of our favourite entries as they come in.

Shut up! I'll use spray paint, crayons and chopped-up newspaper ransom-note-style if I want to...

Shut up! I can use photoshop if I want to...

Shut Up and Inspire Me

If your juices aren't already flowing, here are a few examples...

This was one of the official posters: You may have seen the official poster.shutupandplaythehits.com app, which allows you to adapt the Sundance film festival poster for the movie. Well, a few people saw that and mashed it up with other movies to made make these: If you enter something this bad, you probably won't win...

Oh, and if you fancy pre-ordering the DVD head over to pledgemusic.com/lcdsoundsystem