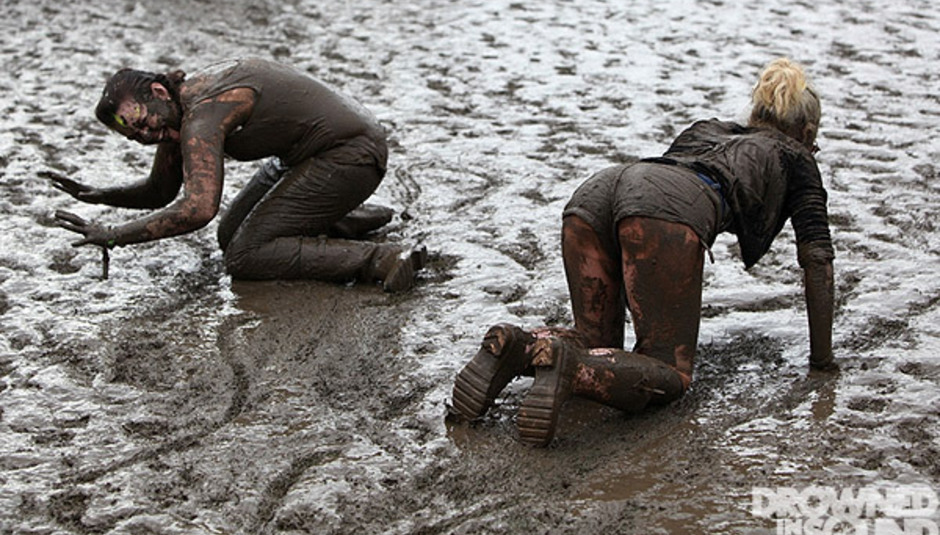 On the DiS Stereo: July 2012 incl. Playlists and Albums of the Month

DiS' editor shares his picks of July and 'digests' the best stuff in his inbox, plus find out about some of our readers favourite albums and tunes of the month...

July 2012 was wet in London, and then suddenly really hot. Many of our readers and staff decamped to sunnier climes for festivals (although most of us ended up in muddy British fields munching on falafels...). This month's mop-up slash digest of what 'we' - staff and DiS readers - have been listening to, hopefully has a few things you love and some stuff you've missed out on that you fall in love with. However, we fully accept that with the huge deluge of music hitting the super-highway each month that 'we' miss a lot, so tell us what else we should've been listening to over on the best albums and tracks of July 2012 thread or in the comments section below.

We've turned this month's Spotify playlist into something anyone on any platform can listen to, using a new platform named Tomahawk:

A bulk of DiS' man-hours this month went into organising a special backstage cabin at Latitude Festival, in which we basically had our own micro-festival, with lots of DiS' favourite acts dropping by to sing songs, do show & tells with their gear and have a chat. We had the likes of Antlers drop by to talk about their Undersea EP and show us their analog synths, Josh T Pearson told us some filthy jokes, Yeasayer brought along their bass and talked about their new album, and we all got goosebumps when Perfume Genius covered Madonna and Sharon Van Etten sung us a couple of heart-breakers from Tramp. We have been uploading bits to DiS' new YouTube channel and have plenty more to come, including Gonzales giving Wendy Roby a piano lesson.

DiS' Three Must Hear Albums of the Month Josh Suntharasivam said in his 8/10 Review:

"These songs seem to represent the culmination of the duo’s fuzzy dreaming, taking on huge, existential topics with great care, and - regardless of the fact that these are tracks sculpted simply with keystrokes and clicks of a mouse – Purity Ring’s music is ultimately defined by its makers’ humanity.... Shrines is the sound of the air beneath your bed whispering when you rest."

"I really like it, good pop songs, good production, something wonderfully just-strange-enough about it."

"Agreed. I've been looking forward to hearing this album since hearing the b-side track 'Lofticries' last year. Yes, it's poppy - and yes, it has a squeaky clean production, but on the whole it's pretty good.... I even managed to bag one of the coloured-vinyl LPs with the limited polaroid photos too."

Listen for yourself below (or on Spotify here) or pick up a copy from the band's website: purityringsongs.com. Al Horner used the following words in his 9/10 review:

"...Confess is unshakeable and destined to linger... Following in the exhaust fumes and tire-spin howl of last year’s Drive soundtrack, the album is a total Eighties throwback, all John Hughes-film-accompaniment pop regalia, fizzing guitar lines, Italo Disco keyboards and hushed eroticism. But where Cliff Martinez’s score bore a certain muscular power, Confess is agile, zippier, more direct than the likes of College and Chromatics’ contributions there. It’s as if the motorcycle-obsessed Lewis Jr. has crafted a slinkier two-wheeled spin-off score... Songs like 'Run My Heart' and 'The One' retrofit The Police’s chipper melodies and stadium-sized choruses onto a backdrop of corrosive guitars and rattling electronic drums, soft wash keyboard flourishes raining like confetti... With many revivalist acts, there’s a sense of empty nostalgia, but not so here. Confess isn’t just steeped in the sounds of an era, but in its films, feel, stories and sense of aspiration. It’s an album about love and lust behind the bleachers, in the dark of a multiplex, on the back of a motorcycle, in bathroom cubicles, under the neon glare of America’s bright lights - and it’s wholly, wholly brilliant." In his 10/10 review of this true classic, James Skinner wrote:

"Where do you start with something like Paul Simon’s Graceland? It is one of those huge, revered albums that possess a real legacy, a veteran of countless ‘best of’ lists and a genuine musical landmark. Its twenty-fifth anniversary sees it released in a handsome CD/DVD package accompanied by Joe Berlinger’s Under African Skies, a new documentary concerning itself with the making of the album and the controversy it quickly provoked, via Simon’s reconnecting with many of his players (and critics) as he journeys back to South Africa. It is a fascinating film, but the album is the real star here, sounding as fresh, vital and universally accessible as ever 25 years down the line.... Despite being born out of a troubled nation and finding its maker at something of a career low point, Graceland never sounds anything less than completely assured, confident in its flourishes and utterly its own beast.... Simply put, its fusion of South African styles with Simon’s ear for a melody and memorable lyric resulted in a masterclass of modern pop music."

Our friends at BeatCast sat down with Kevin Devine and Tim from Cursive to get them to interview each other, as well as ask some questions submitted by the DiS community:

Before her show at The Great Escape, DiS asked EMA some questions, and the first answer mentions The Boss's butt...she also makes some predictions for the future and talks - quickly but illuminatingly - about how the music world is becoming increasingly about "selling attention".

...And The Best Bits of DiS' Inbox

As a Soundcloud playlist....

The Sea And Cake 'Harps'

The sprawling acoustic guitars are barely there these days in the land of Sea & Cake, but that hushed and slightly dust-at-dusk vocal is still very much there. Their new album Runner comes out on September 18th via Thrill Jockey Records (who are celebrating their 20th anniversary this year. Happy Birthday!) and if this taster is anything to go by, it may be one of the most gorgeous albums of 2012.

Blanck Mass (aka Benjamin John Power, aka one half of Fuck Buttons) has some new stuff on the horizon. This track will come backed by 'Polymorph', on a double A-side 12" via Oneohtrix Point Never's Software Recording Company on 20th August 2012. And yes, he's still making what sounds like ambient computer game music, and it still sounds utterly glorious!

Taken from Order Of Noise the forthcoming album by Bristol producer Vessel (aka 22 year old Sebastian Gainsborough) due out on September 24th via Tri Angle Records. This is mind-expanding, future-bending music for clubs on submarines.

Caribou's Dan Snaith must be bored touring the world with Radiohead. I mean, who wouldn't be? He's gone in totally the opposite direction and started writing dancefloor flummoxers under the guise of Daphni. The first Daphni album of "shape-shifting works" (gotta love a good press release) is entitled JIAOLONG (pron. Jow-long), to be released on his own imprint in the UK, and on Merge in North America on 8/9 October. “I’ve been surprised by the number of transcendent moments I, sober and in my mid-30s, have had in clubs in the last few years,” Dan says. “There’s some magic in it still. The clichés about the collective consciousness of clubs seems to still hold water in some special cases. There is a small world where dance music lives up to its potential to liberate, surprise and innovate. It’s there that I hope Daphni has a place.”

The Mounting Goats 'Cry for Judas'

Shifting gears, fans of wonderfully off-kilter pop will probably throw their arms aloft to news that there will be a new Mountain Goats record before the year is out. Transcendental Youth is due out on October 2nd via Merge Records and the week after in the UK/Europe via Tomlab. John Darnielle said of the track "Like a lot of the new album, this song is about saddling up your demons and learning to ride them like devil horses with big leathery wings. To the best of my knowledge, it's also the first song ever to feature both a swinging horn section and a line about a baphomet drawn in chalk on an altar cloth, so everybody else who was trying to square that circle can take a breather now."

Perfume Genius dropped by the DiS cabin at Latitude for a chat, and we asked him nicely if he'd play a song, and this is what he did. Video for this is coming very soon.

Guillemots keep dropping free music on the internet. They're giving away this track 'Fleet' as a free download. There's rather a lot going on in the world of Guillemots so we'll let Fyfe Dangerfield explain:

Hello there to ye all & one. This is a little note to highlight the fact that here and now we are giving you a free download of the track "Fleet" from our first album of the year "Hello Land!". If you already have the album, then this will be of minimal excitement to you, but you can rest safe in the knowledge that you are LITERALLY one step ahead - of what, I'm not sure, but of something - because you already have our album. But if you don't, and you enjoy listening to it, then, well, good. "Hello Land!" is ready and waiting for you HERE - http://emailunlock.com/guillemots/guillemots-fleet - should you like the idea of investigating further. I hope this is clear. Thank you.

Here also is a video shot by the resplendent Tim Chipping from a gig we did earlier in the year called Positive Blackout at the wonderful Village Underground venue. Both nights had a bunch of performances from all kinds of fish and fowl, well, no actually, just people, the only premise being that there was no amplification at all. And this is the bit in the night - well there were two nights, but this is one of them - where we sang "Fleet".

Okay, I think this is all for now. The summer album is currently being incubated for you. Not sure if incubated is the right word there, that sounded wrong, but anyhow. . . something like that. Can't wait for you to hear it. August, I hope. There is also talk of some sort of Twitter conversation between myself and whoever may like to ask things, at some point in the coming weeks. We will keep you informed of developments in this regard.

Right, I must now attempt to wake up and face up to all responsibilities that await me.

Right, I reckon that's enough music to keep you listening until August is over. See you all next month.